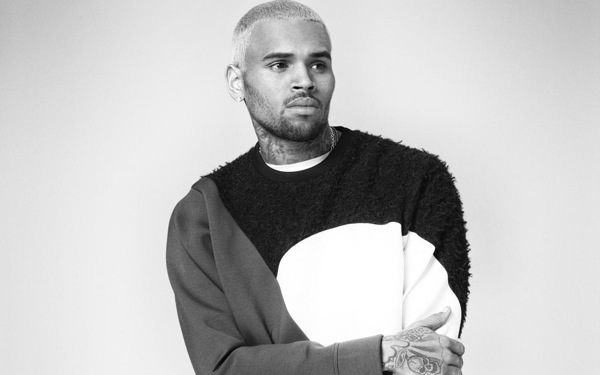 The 2000s’ singing and dancing sensation, Chris Brown, has made his big comeback with his new album, X. But we’re not entirely convinced the album’s EDM vibe is well suited for the R&B singer.

After being in jail for about three months, Brown’s sixth album was highly anticipated. The release date is set for Tuesday (Sept. 16) via RCA Records, and the album’s standard version will have 17 tracks. Meanwhile, the deluxe version has four extra songs featuring artists Nicki Minaj (“Love More”) and Aaliyah (“Don’t Think They Know”), and “Fine China” and “Lost in Ya Love.”

X maintains the same sound throughout, with traces of EDM potent in almost every song. However, is it a smart career move? Since Brown has always been known as a heartthrob R&B/pop artist, it’s strange to hear him try to include EDM in many of his tracks.

Here is a track-by-track review of X:

“X”
The title track opens X with a bang at first. It starts with a slow beat with Brown singing to the melody. As the song progresses, however, it builds momentum for the EDM beats to makes their presence known in the chorus.

Brown collaborated with Diplo on this song, and it definitely has that EDM vibe. The song attempts to be a hit party anthem, but it doesn’t stand out among other EDM tracks by different artists.

“Add Me In”
The clever play on words here makes this song different from the rest. However, it probably won’t become a radio hit, because it lacks a mainstream sound. Instead, it’s pretty funky and a little reminiscent of Brown’s “Fine China,” which wasn't a dud but also wasn't a super hit.

“Loyal” ft. Lil Wayne & Tyga
As one of 2014’s hit summer songs, “Loyal” leaves listeners speechless—but in a good way. Rappers Lil Wayne and Tyga give the song a solid, hip-hop sound that probably helped it break into the top 10 on Billboard’s Hot 100.

“New Flame” ft. Usher & Rick Ross
Out of all the songs on the album, “New Flame” features the most slow-paced, R&B rhythm. Rick Ross and Usher’s musical talents add a twist to the “urban ballad,” creating a smooth feel that’s much appreciated.

“Drown In It” ft. R. Kelly
Talk about sexy and stimulating! Right at the beginning of this track, R. Kelly takes control of the song with a sensual melody and rhythm. The chorus loops in Brown, who takes over in the second verse and maintains the same steamy vibe throughout the entire song. Yeah, this is a hot one.

“Came To Do” ft. Akon
One word: determination. It’s pretty self-explanatory that this song is about Brown on a mission, and that mission is to win the girl. This song features the same rhythm on “Loyal,” but there’s a twist: Akon, the “Smack That” rapper, made a minor comeback on this song that leaves us nostalgic for the 2000s.

“Stereotype”
This song is definitely not your typical "stereotype!" A combination of all different sounds—pop, EDM, R&B and hip-hop—is mashed up nicely into this track. Definitely one of my top five favorites.

“Time For Love”
Brown has made it pretty obvious that electronic music is taking over the music scene, and he intends to incorporate it in his music. “Time For Love” features more electronic beats for a more dance feel…but it’s not 100 percent successful at achieving that.

“Lady In A Glass Dress” (Interlude)
This interlude is an excellent transition into the next track.

“Autumn Leaves” ft. Kendrick Lamar
A fluid, robotic sound is consistent throughout this slow-ish song with a hip-hop vibe. Also, Kendrick Lamar’s rap goes hard towards the end and slays.

“Do Better” ft. Brandy
Now this guest singer is a blast from the past that we appreciate on X. Brandy’s voice adds that touch of R&B/soul that Brown is famously known for—another top five favorite.

“See You Around”
“See You Around” probably has a little bit of EDM influence, but its beats are pleasing to the ear, making it one of my top five as well.

“Don’t Be Gone Too Long” ft. Ariana Grande
Featuring Ariana Grande’s famous powerhouse vocals, this track was a surprise. Grande’s voice in any song adds a catchy and pleasing sound, but in this track it’s almost unrecognizable. This collaboration is definitely unique.

“Body Shots”
If I haven’t already mentioned the tremendous amount of influence EDM has had on this album, then “Body Shots” has made my statement even more valid. This song’s chorus has a very “dirty” electronic drop. EDM lovers, this track is for you.

Brown's X is certainly a solid effort, and we can always appreciate it when an artist tries to branch out into different genres. However, if Brown were to go back to his “roots” on this album, we're sure fans and music listeners would probably appreciate his latest effort a bit more.