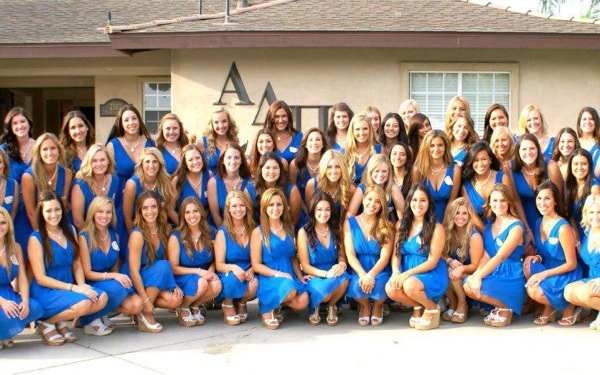 Cal State Fullerton's Alpha Delta Pi sorority is the latest sorority to be accused of stereotyping after sorority members dressed up as gangsters to celebrate Taco Tuesday. Now, the organization is facing sanctions (via Jezebel).

According to the university's paper, The Daily Titan, the incident happened during a recruitment event in August. Ninety percent of the sorority members came in offensive, culturally inappropriate costumes that included sarapes, sombreros and yes, gang costumes.

"[I]t’s definitely grossly inappropriate, and we’ve awarded a list of sanctions that they have to complete,” said Dean of students, Tonantzin Oseguera.

"We are profoundly embarrassed about our naïveté and lack of judgment. We understand now that a culture should never be a costume. We would never intend to hurt or disrespect anyone, and are devastated to learn that we did. We have already apologized to Hispanic groups on campus [...]"

Some of the sanctions ADPi faces include not being allowed to recruit new members this fall semester, being ineligible to win any awards during Greek Week, and members will have to participate in diversity workshops and programs.

CSUF's ADPi is certainly not the first (and probably not the last) Greek organization to come under fire for stereotyping other ethnicities, cultures or races. In January at Arizona State University, the Tau Kappa Epsilon fraternity was suspended after throwing a Martin Luther King Jr. Day party where attendees showed up wearing basketball jerseys, displaying gang signs and drinking out of watermelon cups.