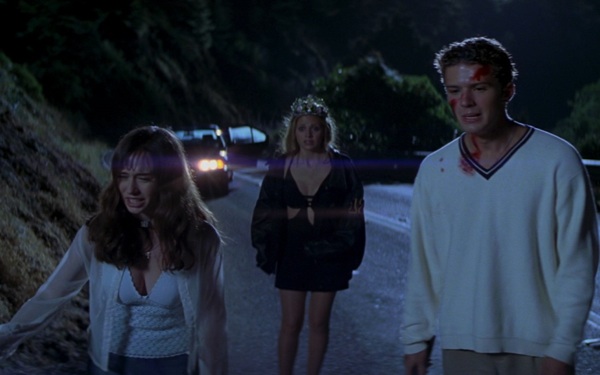 I Know What You Did Last Summer

Deadline reports the 1997 American slasher flick I Know What You Did Last Summer is getting a reboot with Oculus co-writer/director Mike Flanagan and partner Jeff Howard in the driver's seat. They will be adapting the 1973 Lois Duncan book.

The first film starred the gorgeous Jennifer Love Hewitt ("Ghost Whisperer"), handsome Ryan Phillippe (Cruel Intentions), "Buffy the Vampire Slayer" star Sarah Michelle Gellar and Freddie Prinze Jr. (She's All That) as a group of teenagers who accidentally kill a man one summer and dump his body in the sea. However, a murderous somebody starts stalking the teens, claiming he knows what they did last summer. It reeled in $125 million worldwide, and a sequel (I Still Know What You Did Last Summer) released the following year.

Sony Pictures is behind the reboot and reportedly plans to release it in 2016.

Now, we know reboots and remakes are a trend right now, and some may find them to be redundant and unnecessary. However, this reboot could actually be a horror success.

It's been awhile since a really good teen slasher movie has hit theaters (no, 2013's Texas Chainsaw 3D does NOT count). Lately, found-footage and demon/exorcism/ghost-type films have pretty much taken over the horror genre, which is fine -- many of these movies are absolute gems. But, we can't help feeling nostalgic about the thrillers that occupied the mid 80's-early 2000's such as The Texas Chainsaw Massacre (2003), Scream (1996) and A Nightmare on Elm Street (1984).

A I Know What You Did Last Summer remake could be just what all of us horror junkies need.