For Shonda Rhimes, a TV Empire Built on High Drama 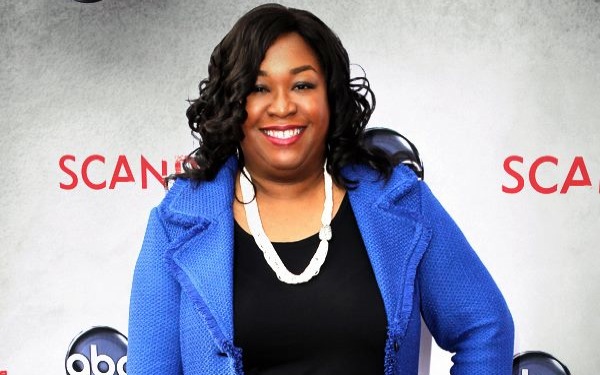 For Shonda Rhimes, Thursday is Thursday. For much of America, Thursday might as well be renamed Shondaday in recognition of the TV savant’s prime-time conquest.

As if the back-to-back helping of “Grey’s Anatomy” and “Scandal” weren’t enough Rhimes-stamped drama, ABC is adding a third series from Shondaland, her production company, to its Thursday prime-time lineup: “How to Get Away With Murder.” The legal thriller, which stars Oscar nominee Viola Davis, will close out the night in the 10 p.m. slot beginning Sept. 25.

“I think everybody else thinks it’s a bigger deal than I do,” Rhimes said by phone from an undisclosed location where she was “staring at an ocean that is not the Pacific Ocean.”

The high-level drama block has been christened “TGIT” (Thank God It’s Thursday) by ABC’s entertainment president, Paul Lee, in a nod to the network’s Friday night TGIF comedy block — and in some ways calls up NBC’s past glory days on the night with Must-See TV.

“It’s pretty extraordinary and historical,” said “Scandal’s” leading player, Kerry Washington. “And it’s important. And fabulous. And to be celebrated. I don’t think Twitter is ready.”

In giving Rhimes the key to Thursday, which remains a lucrative night as film studios promote weekend releases, the alphabet network is acknowledging how big a draw her name has become with her patented style of traditional procedural meets emotional roller coaster — and showing that it sees her as a vital figure in helping them crawl out of a three-year spell in fourth place in the advertiser-preferred 18-49 demographic. Last year, ABC Studios/Disney, the network’s sister studio, closed a multimillion-dollar, four-year deal with the producer.

It won’t be the first time the 44-year-old has had three shows on ABC — in addition to “Scandal” and “Grey’s Anatomy,” Rhimes created the latter’s sudsy spinoff “Private Practice,” which ended last year after a six-year run. Of course, not everything she has touched has turned to gold. She served as a producer on 2011’s “Off the Map,” a medical drama set in the jungle that was quickly canceled.

NBC has Dick Wolf, Fox has Seth MacFarlane and CBS has Chuck Lorre (the latter offered this advice, but to ABC: “Stay out of [Shonda’s] way!”). But in an industry largely run by white men, the rapid rise of an African American woman as one of the most powerful TV show makers is an important marker.

It should be noted that, unlike on “Grey’s Anatomy” and “Scandal,” Rhimes is not the creator of “How to Get Away With Murder,” a sexy legal thriller in which Davis plays a criminal defense professor who gets entwined in a murder conspiracy with four law students from her class. Peter Nowalk, a pupil of the Shondaland academy as a writer and producer, came up with the concept. Rhimes serves as an executive producer and self-proclaimed dragon-in-waiting.

It’s a skill Nowalk hopes to acquire as “How to Get Away With Murder” settles into the lineup, because the ability to react decisively in a moment, as Rhimes does, is key to running a successful show, he said. “She has such a strong gut,” he said. “It’s like that moment in ‘The September Issue’ where Anna Wintour goes through pictures and is like, ‘No, no, no, yes, yes, no.’ It’s exactly like that. She’s blunt. She’s Shonda.”

Her reputation as a tough-as-nails boss was undoubtedly fueled by the discord — resulting in countless headlines — at “Grey’s Anatomy,” which was her first TV series and which will soon enter its 11th season. It turns out that the histrionics Rhimes is so well known for crafting on her shows are just as striking behind the scenes.

“I had a period where I was scared,” she said of the early years of “Grey’s Anatomy.” “But I also had a period where I was unhappy coming to work every day. And a lot of people around me were not happy coming to work every day. ... But I was also very fearless in the sense that I did not know that I could be fired. I was very naive and very silly.”

Ellen Pompeo, who plays Meredith Grey on the medical drama, said Rhimes’ growth as a leader required those challenges. “In the beginning, ‘Grey’s’ was a lot,” Pompeo said. “There was a lot going on, and she had never run a show before. To handle the writers room is a whole job in itself; then to handle actors’ personalities — a bunch of them, at that — it was a lot. So to learn how to manage personalities is a skill set that you really have to learn. She did. And look what she’s created.”

What she’s created is an empire that is home to characters of various minority groups, which has fueled both praise for the advancement it helps stir and criticism for what some deem superficial representation. “Scandal” stands as the first network television drama since 1974 with a black female lead character.

Davis, who has been nominated for Academy Awards for her work in “Doubt,” in which she plays a mother whose son may be the object of clergy sexual abuse, and “The Help,” in which she plays a domestic worker who finds her voice as a writer, said TV provided an opportunity to get off of the sidelines as a black actress.

“As a woman of color and a woman of a certain age, I see [Rhimes] as hope,” she said. “I see her as kind of the pioneer of where we’re going — of where I hope to go as an actor. What she has set up is a benchmark for other TV show creators to follow — one where everybody deserves to be written for in a way that’s imaginative and bold and worthy of his or her talent.”

And to think, just 10 years ago, no one knew Rhimes’ name.

Rhimes, who was raised in Chicago, is the youngest of six. Her mother was a teacher who earned her PhD after Rhimes left for college, and her father is now chief information officer at USC. A Dartmouth graduate, she was — and still is — a bookworm who had ambitions of being the next Toni Morrison.

Never quite the child who was plopped in front of a TV, her winding road to big-time show runner came about after attending USC’s film school (where she applied after reading that it was harder to get into than Harvard Law School). After small strokes as a screenwriter (with credits such as HBO’s Dorothy Dandridge biopic and the Britney Spears vehicle “Crossroads”), Rhimes eventually pivoted to television.

One would never suspect that Rhimes wasn’t someone who grew up on television, said longtime producing partner Betsy Beers.

“Her grasp of the language, the world, the storytelling and the ability to put characters forward is something she has mastered,” Beers said. “She’s got a very big brain, and she has the ability to absorb things around her that interest her. She does it in an intense and focused way — she will sit down and watch an entire series over a weekend.”

“Grey’s Anatomy,” despite its age, ranked as broadcast’s No. 1 drama among viewers younger than 50 last season, while “Scandal” had its biggest season ever, up 43% in the 18-49 demo, while maintaining its grip on social media with its did-that-just-happen? moments, which have included the Season 2 finale “Dad?” shocker and the insane wrist-eating scene.

“We pride ourselves on strong, creative voices, and there’s no voice in television as powerful right now as Shonda Rhimes’ voice,” ABC’s Lee said, adding that it was a “no-brainer” to turn over the network’s most valuable real estate to her.

“It was a rule I made about seven years ago, when I my oldest daughter was 5,” said Rhimes (she is a single mother to three adopted daughters). “It saved me. I was exhausted all the time. There is no work that is so urgent that on Monday morning I couldn’t pick it back up.”

But weekdays, she’s killer. She hopes her next endeavor is a comedy series. She is set to make her first acting appearance in an episode of “The Mindy Project” this fall. The cable world is also appealing: “There is no world in which I don’t think doing 13 or 10 episodes on a cable platform is not the most exciting thing in the world.”

But not so fast.

“I may be at capacity at the moment.”

TV Time
(Almost) every show coming to TV this summer. And 29 that aren’t
317 views