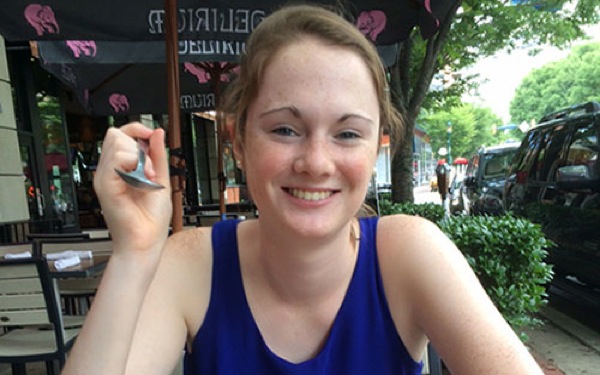 The disappearance of University of Virginia student Hannah Graham has grabbed national headlines, and USA Today reports she is the fourth young woman to go missing near the university in five years.

In 2010, 19-year-old Samantha Ann Clarke went missing after leaving her Orange County residence and has yet to be found. DaShad Laquinn Smith, also 19, went missing in 2012 in Charlottesville and hasn't been seen since. And lastly, 20-year-old Virginia Tech student Morgan Harrington disappeared while attending a rock concert at UVA in 2009; her remains were found months later, but no arrests have been made.

No one has heard from Graham since 1:20 a.m. on Saturday. One surveillance video shows the student walking alone in front of an Irish pub at 12:46 a.m. on Saturday, and a more recent video shows her walking and then running towards the Downtown Mall in Charlottesville around 1 a.m.

The FBI has now joined the search for Graham, and investigators are looking for more surveillance video taken by other businesses near the Downtown Mall.

On Twitter, UVA students have been using the hashtag #BringHannahHome to raise awareness.

"Everyone is looking for you @hegraham25. Can't wait for your return #BringHannahHome," posted one student.

In a statement, Graham's family said:

“Since learning of Hannah’s disappearance, we have been heartbroken and at the same time heartened by the outpouring of support and help we have received. We remain hopeful that Hannah will be found soon. We urge anyone with any information, however insignificant it may seem, to call a newly dedicated tip line at 434-295-3851 at the Charlottesville Police Department."