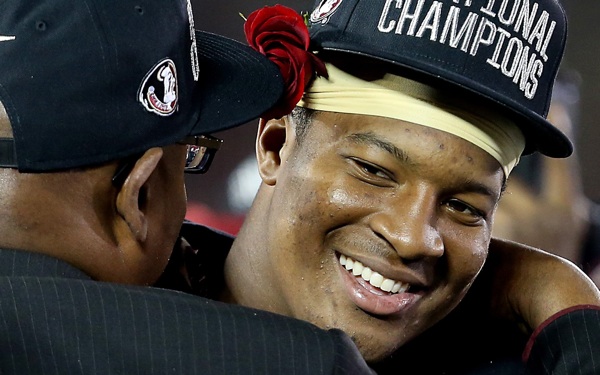 There's more football drama, but this time it's in the NCAA -- not the NFL.

Florida State quarterback Jameis Winston apologized Wednesday for screaming "F*** her right in the p***y" in the middle of campus Tuesday, which earned him a half-game suspension, reports TMZ.

"First of all, I just want to apologize to the university, to my coaches and to my teammates," said Winston during a press conference. "I'm not a 'me' person, but in that situation it was a selfish act. And that's not how you do things around here."

Several students heard the Heisman Trophy winner scream the phrase and tweeted the incident. FSU then announced on Wednesday Winston will not be allowed to play in the first half of the game against Clemson this weekend.

This incident certainly doesn't help Winston's image or reputation, being that he was accused of raping a woman in December 2012 (however, no charges were filed against him).

Winston was also accused of stealing crab legs from a grocery store and a soda from Burger King.