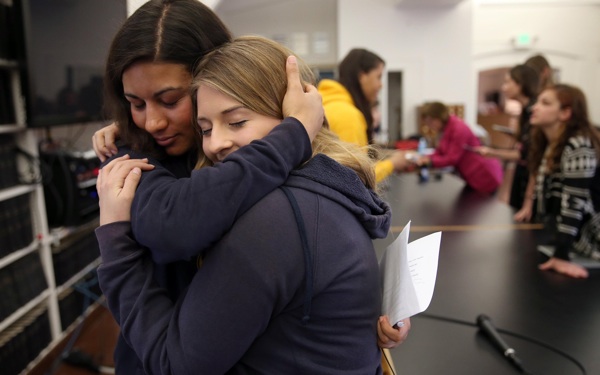 SAN FRANCISCO — The University of California should create an independent and confidential advocacy office for sexual assault victims and standardize investigations — and punishments — across the system, a UC task force recommended Wednesday.

The proposed changes come amid a huge nationwide movement — led by students from the University of California, Berkeley, and elsewhere — demanding that colleges do more to prevent campus rape and punish offenders.

“We have a sacred duty to these students and their families who are trusting us with the well being of their greatest treasure,” said Bonnie Reiss, a UC regent who served on the 29-member task force, that included victims, police chiefs and chancellors.

Its key recommendations call for:

—A “response team” model that is consistent across the system.

—Systemwide standards for investigation and sanctions.

—A training and education plan for employees and students.

—A UC advocacy office independent of the campus investigation that would give victims confidential help, explain their options and direct them to services, even if they choose not to report an attack to their campus.

—Common data reporting across the system about sexual assault complaints and outcomes.

UC regents expressed strong support for the recommendations Wednesday but were not scheduled to vote on them. A second, more detailed report is due out later this year, which could include minimum sanctions for certain offenses, Reiss said.

“We are very dedicated to make sure we do this in the right way and support this financially,” she said.

Earlier this year, UC adopted an “affirmative consent” — yes-means-yes — standard for determining if a sexual assault occurred, making it the responsibility of both parties to gain permission for sexual acts.

Most private and public colleges in California would be required to adopt a similar standard — that a person’s silence or lack of resistance does not imply consent — under a bill awaiting the governor’s signature.

“With your signature California can lead the nation on best practices for handling and ending the epidemic of sexual assault on campus,” said a letter from Speier’s office signed by seven of her colleagues and sent to Brown this week.