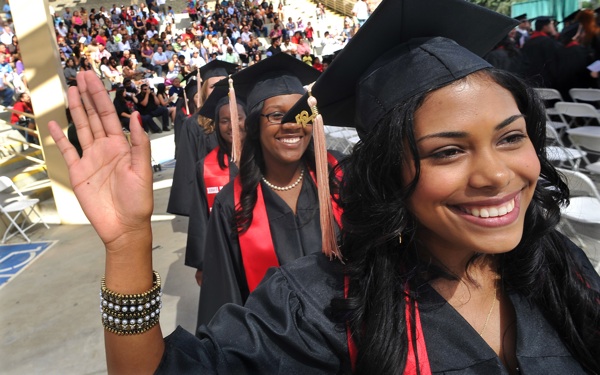 A recent Gallup poll shows that black college graduates are more likely to graduate college with more debt than their white peers.

Furthermore, there seems to be a link between large undergraduate student loan debt and lower well-being.

The poll found that recent black college graduates have lower rates of well-being compared to other recent grads. Black grads are not thriving financially as much as white college grads, and their purpose well-being is also lagging. This means, compared to white grads, not as many black grads like what they do each day and are motivated to achieve their goals. And finally, when it comes to community well-being--liking where you live, feeling safe and having pride in your community--black grads are not thriving as much as their white counterparts.