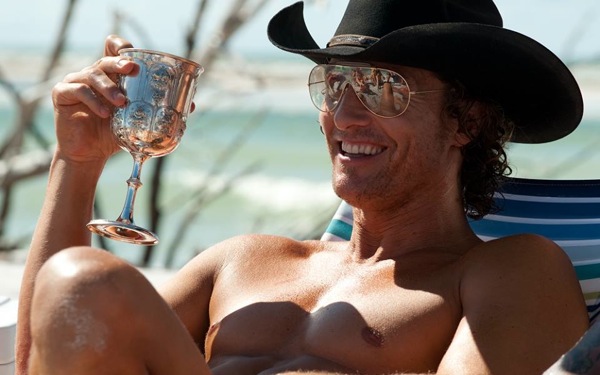 Prepare yourself, because there's nothing magical about this news: Magic Mike star Matthew McConaughey will not be in the film's sequel, titled Magic Mike XXL [insert emoji where smoke is escaping from nostrils].

Director Greg Jacobs told IndieWire the Oscar award-winner will not be returning as Dallas in the upcoming film. However, he confirmed that Channing Tatum, Matt Bomer and Joe Manganiello WILL reprise their roles, giving us three gloriously hots studs we can look forward to seeing semi-naked...right?

Jacobs also reportedly said the sequel will be DIFFERENT from the first film. "It’s a road trip movie and put it this way, it’s different enough that once you see it you’ll understand why we made a sequel," he explained. "No one will be accusing us of making the same movie twice.”

Okay, that's fine. As long as there's stripping, pelvic thrusts and some of Tatum's floor-humping moves,  we won't complain too much.