By Larry Gordon and Teresa Watanabe 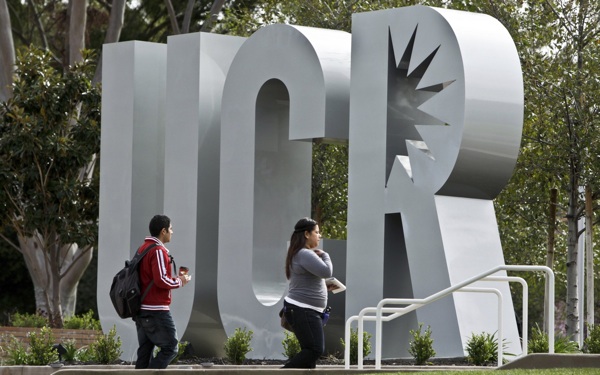 SAN FRANCISCO — In a sweeping effort to combat sexual misconduct on campus, University of California officials unveiled a systemwide plan Wednesday, calling for mandatory training for all students, staff and faculty, improved support for victims and more thorough investigations.

The proposals were a response to heightened pressure from the U.S. Department of Education, which has called out universities for faulty reporting of sexual misconduct and harassment allegations. In California, UC Berkeley and UCLA are among several private and public schools under investigation by federal officials following student complaints that their cases have been mishandled.

Under the UC plan, each campus must have properly trained personnel to investigate sexual assault cases as well as a separate office to provide confidential support and advice to victims, even if no formal criminal or campus complaint is made.

UC also wants all students and employees to undergo some kind of education on such issues as what it means to grant consent in a sexual situation and what the consequences could be for both sides in any assault, whether a rape or an unwanted fondling or stalking.

The recommendations urge that training on sexual assault prevention be kept separate from alcohol awareness education to avoid blaming the problem on alcohol rather than the perpetrator.

UC officials have said the current system used in its 10 campuses is inconsistent and disjointed.

In the last three years, the U.S. Department of Education has launched more investigations, released more guidelines, received more complaints and issued more fines against universities for faulty reporting of sexual misconduct and harassment than ever before.

The UC system’s move comes as President Barack Obama and other federal officials plan to announce a sexual assault awareness campaign later this week. Called “It’s On Us,” the campaign will encourage students, especially college men, to prevent and report assault cases. And California’s Legislature recently approved a bill that would require all state colleges and universities to adopt clear standards of consent among students engaging in sexual activity.

UC President Janet Napolitano, who created the task force that developed the proposals, said she wanted the system to lead the way nationally in improving how cases were handled and how to better educate students about a dark side of collegiate life.

“The message is a very simple one,” Napolitano said in an interview. “Our students and faculty and staff should be safe. We will not tolerate sexual assault on our campuses.”

Many crucial details of the plan will be decided over the next year, including trying to establish minimum campus punishments or sanctions, such as expulsion or suspension, separate from any criminal cases students might face.

Administrators concede that perpetrators currently may be receiving widely varying sanctions, depending on their campus or the opinion of disciplinary review boards.

UC Regent Bonnie Reiss, a task force member who pushed for the report’s adoption, said that providing a safe environment for students is just as important as educating them.

“We have a sacred duty to these students and their families who entrust us with the safety of their greatest treasure,” she said.

“I’m really glad they are so comprehensive,” she said.

Karasek said she was particularly pleased that sexual assault education would be mandatory.

“The question is, are these really going to be effective programs or is it going to be a one-time thing with 4,000 students in a room who aren’t really interested?” Karasek said.

In an era of budget restraints and worries about tuition levels, questions were raised Wednesday about whether enough funding would be available to put the proposals into effect. The report mentioned no cost figures or funding sources, and neither did Napolitano, although she pledged that enough money would be available.

Meghan Warner, one of the students who filed a federal complaint about UC Berkeley’s handling of cases, said that without significant funding, the effort could become “just a failed PR stunt.”

A UC student survey in August by task force member Savannah Badalich and three other students found significant problems in the handling of sexual assault complaints. Although the survey yielded only 263 responses, many of those who replied said they had not received any education about preventing sexual assault or had not been informed of their rights to academic and mental health services after an assault.

Many also said they chose not to report the alleged assault because they balked at the difficult reporting process or were afraid of hurting their reputations or being punished for underage drinking. Some also reported that administrators, faculty and staff were rude and insensitive in dealing with accusers during the process, causing them to feel blamed and discouraged.

Badalich, a UCLA student, said the task force recommendations were squarely aimed at altering such campus attitudes. “We want to change the culture from silence and stigma to acceptance and healing,” she said.

She added that the UC initiative marked a major advance for the movement to combat campus sexual harassment and assault.

“This comes from years of student activism,” she said. “To see it come to fruition is awesome.”