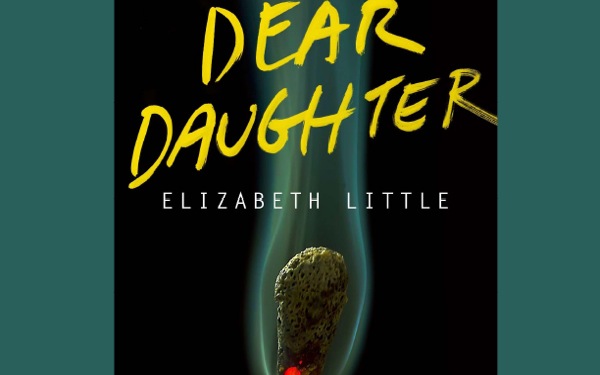 Fiction
Rainbow Rowell, hot off of Eleanor & Park, continues her slash-and-burn with Landline. This tale of a marriage on the verge of collapse takes a surprisingly sci-fi turn while maintaining the author’s trademark warmth.

Novels of family sagas are about as American as apple pie. Matthew Thomas weighs in with a great one spanning several generations in We Are Not Ourselves.

As one of those novels that come along once or twice a decade to wake you up and smack you around, The Good Lord Bird deserves every award it can gather. James McBride’s National Book Award Winner manages to be both historical and fiercely modern simultaneously.

“Three lost souls search for love” in Marie-Helene Bertino’s 2 A.M. at the Cat’s Pajamas—if that’s not a promising beginning, then I don’t know what is. With terrific characters, evocative locations and a good portion of longing, this book is a true original.

Suspense mixed with history can make for a great read, like Sarah Waters’ The Paying Guests. Two women alone after WWI do things they never thought they would in a desperate attempt to preserve their way of life.

Graphic Novels
Teenage dissatisfaction takes center stage in Bumperhead, by Gilbert Hernandez. This graphic novel follows Bobby as he navigates his life in the ‘70s, drifting through different subcultures, from punk to glam rock.

There still aren’t too many graphic memoirs that lean female, but Raina Telgemeier grabs the genre and runs with it. Smile and the sequel Sisters get under the skin of girlhood, warts and all. Especially warts.

Cinema
Considered by many to be one of the greatest films ever made, Throne of Blood gets the royal treatment in the British Film Institute’s edition of their Film Classics series. Robert N. Watson explores the nuances of Akira Kurosawa’s masterpiece, based on Shakespeare’s Macbeth.

The Making of Gone With The Wind by Steve Wilson takes you further into of one of the most popular and expensive films of all time. The behind-the-scenes drama almost eclipsed the movie with controversies over violence, race and casting. This gorgeous book also includes photographs, storyboards and other ephemera from the David O. Selznick archive.

Mystery/Thriller
Reissued for its 10th anniversary, Jacqueline Winspear’s Maisie Dobbs has grown into a beloved classic, spawning a series of books. This deeply satisfying tale of rags to riches combines war, mystery and history to great effect.

Echoing the perversity of marriage in Gone Girl, Elizabeth Little’s Dear Daughter delves into the murk of mother and child. Janie Jenkins, convicted of murdering her mother and released on a technicality, struggles to find out the truth, which could mean clearing her own name but also discovering some disturbing secrets.

Secrets make for the best mysteries, and Diane Chamberlain’s The Silent Sister is no exception to this rule. Two deaths in the family start to make Riley MacPherson suspicious, and as she begins to uncover hidden truths, the effort snowballs into way more than she bargained for.

Gripping and fast paced, Peyton Marshall’s Goodhouse is a dystopian story of a world that incarcerates its youth before they have even committed a crime. It manages to be chilling and close to the bone. Presumed guilty, boys with a family history of delinquency become trapped in their genetics – pure fiction or near future?

Food
Aspiring foodies take heart: Zoe Nathan has a new book called Huckleberry that spills all her secrets. The proprietor of such L.A. eateries such as Huckleberry, Milo and Olive, Rustic Canyon and Sweet Rose Creamery effortlessly marries ambition and talent.

Memoir
It’s not enough for Eddie Huang to own the restaurant Baohaus; he also went to law school, he’s comedian and now a memoirist of the terrific and funny Fresh Off the Boat. And if that doesn’t impress you, the book is now a TV show on ABC! Rarely has one person mastered food and comedy to such a degree.

When Andrew Meredith’s father gets fired from his teaching job, the author’s whole family gets turned upside down. This riches-to-rags story takes a turn for the macabre when father and son take jobs evacuating dead bodies, chronicled to gritty perfection in The Removers.

Non-Fiction
This powerful story of a woman whose importance extended well beyond her own lifetime will stick with you like glue. Rebecca Skloot’s The Immortal Life of Henrietta Lacks, now out in paperback, may just be one of the greatest non-fiction books ever written.

Graphic Memoir
So, so funny! Allie Brosh’s Hyperbole and a Half started as a blog before being turned into a graphic memoir. A sensational mesh of drawings and witty, insightful stories, this sometimes gut-wrenching storytelling will stop you in your tracks.

Gifts
A perfect present for your favorite dreamer, Philip Jodidio’s Tree Houses will delight you. With dozens of examples of these “fairy tale castles in the air” to choose from, you will only be able to pick a favorite under extreme duress.

Travel
With Greece still reeling from recession, seize the day and go! Fodor’s Travel Greek Islands lays out all the best islands, ruins, beaches and restaurants to explore and revel in. The guide lets you choose your budget, and helps you find places to stay and things to do that suit your needs.