L.A.’s ‘Positivity’ Allows Lykke Li to Unleash Her Dark Side 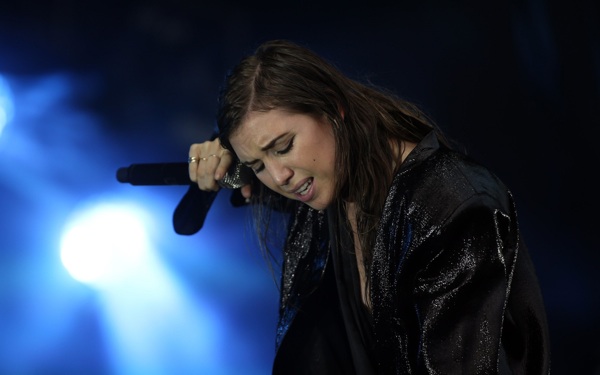 For years, Lykke Li viewed Los Angeles as a happy endpoint: the edge-of-the-continent spot where this Swedish singer regularly wrapped tours after months spent on the road.

“You’ve been living on a bus, with no showers and bad food,” she said recently. “Then you get here and you’re welcomed by nature, and you can rest and relax.” She laughed. “This is like paradise for a crazy Swedish nomad.”

That peaceful, easy feeling is one reason the singer moved to L.A. from Stockholm after supporting her second album, 2011’s Wounded Rhymes, whose percussive neo-girl-group pop earned rave reviews along with praise from taste-making peers like David Lynch. Yet once she was settled and began writing again, the music that poured out was far more emotionally ragged than what had come before.

Released in May, I Never Learn documents the unraveling of a relationship in brutal detail; not only that, but the songs depict the singer as the guilty party, an uncommon stance in pop’s long history of breakup records.

“I let my good one down / I let my true love die,” she sings in “No Rest for the Wicked,” “I had his heart but I broke it every time.” Later, over the frayed acoustic-guitar strums of “Love Me Like I’m Not Made of Stone,” her desperation expands to heartbreak that hasn’t even happened yet (but she knows is coming): “Even though it hurts, even though it scars / Love me when it storms, love me when I fall.”

Perhaps not what you’d expect from a stint in paradise. In fact, Lykke Li (whose last name is Zachrisson) claimed it was the “positivity” of her new surroundings that allowed her to explore such gloom.

“L.A. is a very safe place for artists,” she said. Enveloped in a baggy black sweater despite the warm afternoon, the 28-year-old was seated in a Silver Lake cafe not long before she was due to leave town on a tour that will reach the Palladium on Tuesday night. “It’s too cold in Stockholm, and there’s too much going on in New York. But here you can hear your thoughts.”

Further boosting the album’s desolate vibe, I Never Learn features Lykke Li’s most austere arrangements, with little of the digital sweetening that marked songs like “Little Bit” and “Dance, Dance, Dance” from her 2008 debut, Youth Novels. But it didn’t start out that way: Early on, the singer tried collaborating with various outside songwriters, something she’d largely resisted doing in the past given her dislike of “most modern music.”

“I wanted to challenge myself,” she explained. “I did it for the adventure.” Eventually, though, she took back everything she’d done and “went into the cave” with her longtime producer, Björn Yttling. However, two songs she created with Greg Kurstin (known for his work with Sia and Katy Perry) made the cut, as did several co-written by Rick Nowels, who also worked on “Wounded Rhymes.”

“A lot of people probably feel like, ‘Hey, what happened to all the time we spent together?’” the singer said. “But you can’t compromise with your art. And that means I’m going to be difficult to work with.”

Asked if that’s how he remembers the experience, Yttling chuckled. “Yes, of course, she’s terrible to work with,” he said. “But that’s what we as artists do.” The producer added that the album came into focus once they concentrated on building the music around Lykke Li’s singing — the sound that led Bono to duet with her on U2’s just-released “Songs of Innocence” — rather than a drum beat or a synth pattern.

Nowels remembered laying down a demo of “Love Me Like I’m Not Made of Stone” with only him and Yttling accompanying the singer on guitar. The songwriter assumed they’d build a more elaborate production but was surprised to find that the demo ended up on the finished record.

“She goes for the feeling,” Nowels said, “and that recording had it.”

With its slow-motion tempos and its aversion to pop radio’s grabby textures, I Never Learn shares something with one of the year’s biggest commercial hits, Lana Del Rey’s woozy Ultraviolence. You can hear a reaction in these albums to the super-sized personalities of stars like Perry and Lady Gaga, even as the music grapples with ideas about type and identity.

But Lykke Li said she’s not interested in fitting into any trend — at least not in her day job. Among her plans when she returns to L.A. after the end of her current tour is trying to write songs for established acts.

“Then I can do my stuff and have it be even stranger and more do-it-yourself.”