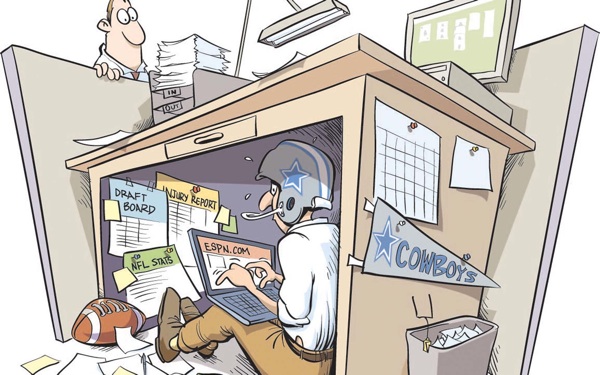 Following the announcement that Adrian Peterson would be facing child injury charges, the Minnesota Vikings deactivated their star running back. The wake of this news presents an opportunity for a much-needed public discussion on child abuse and the preferred methods of punishment and parenting in the South. But, my immediate reaction to learning of Peterson’s indictment didn’t involve any of that.

Instead, I rushed to my fantasy football team and picked up Matt Asiata – the Vikings’ backup running back.

The NFL is the most popular sport in the United States. It’s such a powerful cultural force that connects us all, whether we intently watch the games or are only aware of spillover stories that make headlines, such as the ongoing Ray Rice saga.

In a city like Green Bay, Wis., little matters more in the fall than the results of Packers’ games. Their countless cheese-headed fans huddle in bars and barnyards to watch the Packers every Sunday during the NFL season, hoping for victory.

I live in Los Angeles. We don’t have an NFL team to root for. Yet, our Sundays are largely the same as those in Green Bay, or Seattle or any city with a host of intensely passionate fans. We’re just rooting for our fantasy teams instead.

Fantasy football is huge. It is estimated that there are 33 million people in the United States and Canada playing fantasy football, with the average participant investing $110 per year. What once started as a little game for football nerds has become a $3.6-billion industry that dominates conversations surrounding the sport.

To play fantasy football, you join a league online (ESPN and Yahoo are the most popular sites) and draft NFL players to your team. Then, every week, you root for the players on your team to accumulate more points than your opponent’s. It’s simple, and addicting.

Every Sunday, I work as a glorified mail distributor in the lobby of a freshman dorm at USC. There’s a TV in the lobby, and its mere presence turns every Sunday into a football viewing party. People come in to watch the games and discuss their fantasy teams every week, like clockwork. I love it. It’s way better than sorting mail.

College students, contrary to popular belief, don’t really congregate all that much. When we aren’t in class or consuming substances, we’re probably doing nothing. Doing nothing is college students’ favorite pastime. The fact that fantasy football brings together a few dozen students in that lobby every week fascinates me. They could be at home doing nothing, but instead they chose to come here and watch football with a group of strangers. What the hell?

Fantasy football has this power because participating in it is a communal experience – no one plays fantasy alone. There is a vibrant online community where people enjoy playing against Internet strangers, discussing every aspect of the game and creating a league with friends, which takes this communal experience to the next level. The feeling of a shared experience makes watching the NFL games themselves that much more compelling, especially in a place like L.A. where most don’t have a professional team to call their own.

It also provides a sense of competition, with the potential thrill of winning money. Betting on sports is currently only legal in Nevada (though New Jersey has something to say about that, unless you do so by playing fantasy sports. All the major fantasy websites allow their members to play in leagues for cash prizes. A typical 10-team money league requires a $20 buy-in, with the eventual champion winning $100, as the rest of the payout is spread among the 2nd and 3rd place teams. But there are high-stakes leagues as well. I currently play in a league with a $100 buy-in where the winning team at the end of the season takes home $900. That’s a lot of cheddar for a college student.

The financial element of fantasy football is a huge aspect of why it has become so popular, and why fantasy players care so much. Not only do you get to play against your friends for bragging rights, but you can also win money to throw in their faces.

As a communal, competitive and potentially financial activity, every week in fantasy football feels like your own personal version of the NFL playoffs, where the stakes are whatever you want them to be.

Furthermore, while the competitive and financial aspects of fantasy are well suited for die-hard NFL fans, there are leagues more accommodating for casual players as well. Most leagues draft players for a full season, but some leagues only run for a single week, allowing individuals to get a taste of the action without any season-long commitment.

And for kids, playing fantasy comes standard with the experience of being a sports fan. There’s even been talk of the potential merits of including fantasy football discussions in elementary school curriculum. And, while silly, that idea isn’t entirely ridiculous.

(When I was first learning the basics of math, I had trouble understanding why any of it really mattered. It just felt like it didn’t connect to anything that I cared about, and therefore wasn’t worth the time it would take to learn it. But, fantasy football, which is a numbers-based game, would have interested 8-year-old me tremendously, making learning the math involved less of a tedious task.)

Eventually, fantasy football is going to overtake NFL-team fandom in terms of popularity and cultural significance. The number of people like me – individuals who enjoy watching football, but root for their fantasy teams instead of any one NFL team – is going to grow every year.

The San Francisco 49ers just opened up Levi Stadium, which includes a fantasy football lounge for people to keep track of their fantasy teams while attending a ‘49ers game. And you can buy insurance for your players in case they get injured, or hire a lawyer to resolve league disputes. This may sound like madness, but it’s just the beginning.

Fantasy football is only going to get bigger as the next generation of sports fans comes of age and starts investing money into their rooting interests. As it grows, it will become an increasingly important cultural touchstone, serving as the go-to Monday morning water-cooler conversation topic and providing everyday Americans with a sense of competition and community. 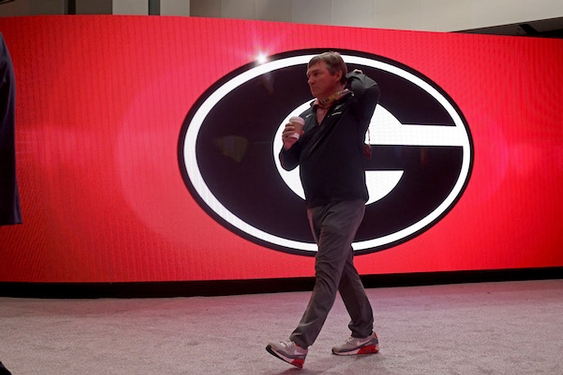 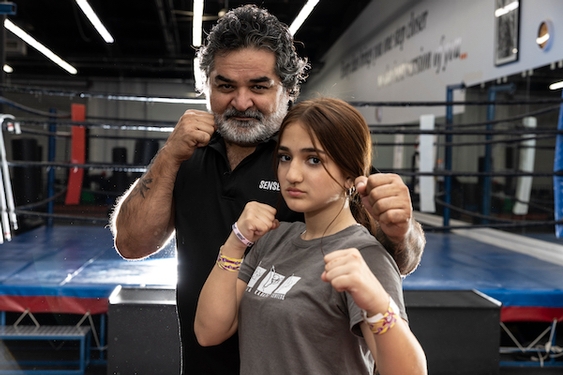 Special Feature
How much money waits for UCLA and USC in the Big Ten Conference?
458 views