Denzel Washington Takes No Prisoners in The Equalizer 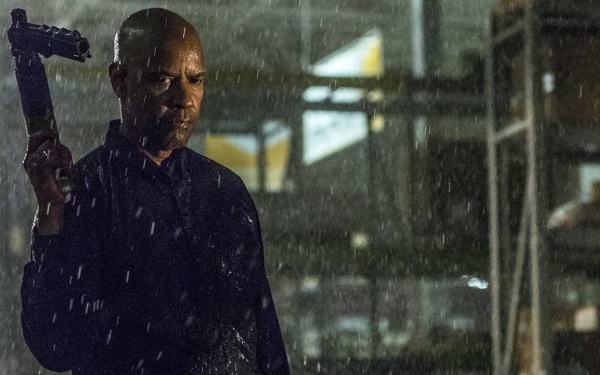 Director Antoine Fuqua reunited with his former Training Day star Denzel Washington to create his newest feature, The Equalizer. Washington won an Oscar the last time he collaborated with Fuqua, so maybe the two are hoping for that magic spark again...

This film was inspired from the 1980’s show, starring Edward Woodward, about an elite CIA assassin. However, Fuqua took a different approach that allowed the audience to slowly see what Washington’s character is capable of without revealing too much of his past.

The Equalizer follows Robert McCall (Washington), a seemingly simple man who works at a Home Depot-type store called Home Mart in Boston. Well liked by his peers, good-natured, quiet and almost obsessive to a fault, Robert befriends a young Russian prostitute named Teri (Chloë Grace Moretz) at the local late-night diner that he visits nightly to help with his insomnia. When Teri is badly beaten, Robert goes to the source, and this is when we see his “equalizer” past resurface—he's no longer just a “quiet” man.

Unknowingly, Roberts starts a battle with the Russian mafia, and it quickly gets back to its head honcho who sends his top enforcer, Teddy (Marton Csokas), to Boston to clean up the mess and send a message.

Fuqua builds the story quietly to introduce Robert. Thirty minutes go by without any of the action scenes you might’ve been expecting. Nevertheless, once the violence finally arrives, it goes hard. Washington brings the cool, calm and calculated killer back out using what he sees around him as weapons. The film is graphic—it’s not for the faint of heart—as Robert kills his victims in such uninhibited ways that you wonder what happened to his soul. The audience will squirm and cheer, not knowing whether to cover their eyes or applaud what seems to be heroic behavior. He may be a middle-aged man now, but Washington makes this story believable and oddly draws compassion from the viewer.

Csokas, who seems to have found his place in Hollywood as a fantastic villain, does not disappoint. Described in the film as “a sociopath with a business card,” he lavishes in his ability to play crazy-cool. Robert’s character needed a believable adversary, and that’s exactly what he got with Teddy.

As an action movie director, one of the amazing things Fuqua does is make his films (Shooter, Olympus Has Fallen, King Arthur) feel gritty and artistic simultaneously. He achieves that here with The Equalizer with a nice pace, real story development and some serious cinematography. Yes, the film does feel a bit cliché at times (you already know there has to be a showdown between the two leading men), but you’ll be waiting eagerly to see this inevitable battle.

I’m not sure The Equalizer will earn another Oscar for Washington, but it should be a hit at theaters when it opens nationwide this Friday, Sept. 26.