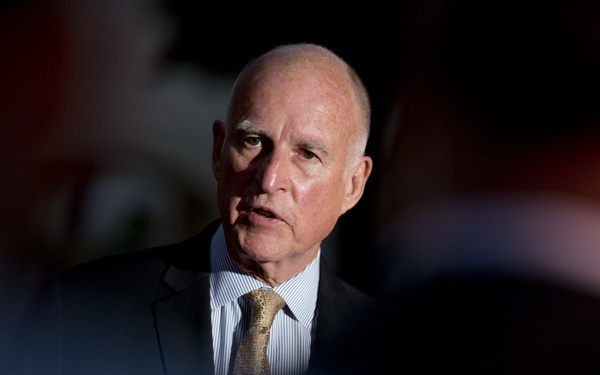 SACRAMENTO — Gov. Jerry Brown signed a bill Sunday that requires colleges and universities in the state to adopt anti-sexual-assault policies that radically rewrite what constitutes consent, a move that some critics have called an unfair shift of the burden of proof to the accused.

Under the new law, the standard for consent to sexual activity in campus judicial hearings shifts from whether or not a person said “no” to whether both partners said “yes.” Many universities already use what is known as the “affirmed consent” standard when investigating sexual assault allegations, but the new law would require all campuses in the state to use the standard as a condition of receiving state funds for student financial aid. The law does not affect criminal proceedings in California, but only applies to campus disciplinary hearings.

SB967 comes during heightened concerns across the country over whether higher education institutions have failed to conduct adequate investigations into sexual assaults. The bill’s author, state Sen. Kevin de León, D-Los Angeles, said the legislation ensures the system is not stacked against those who report an attack.

Affirmed consent is defined as an “affirmative, conscious, and voluntary agreement to engage in sexual activity” with the consent ongoing throughout.

SB967 states “lack of protest or resistance does not mean consent, nor does silence.” The bill also says that a person cannot give consent if they are intoxicated or unconscious.

“A lot of the time when you have these cases, the survivor was too incapacitated or drugged, and the assailant just says she never said 'no,’” said Sofie Karasek, a UC Berkeley student who said her school mishandled a sexual assault complaint she filed against a fellow student.

The federal Clery Act and Title IX specify how colleges and universities are required to respond and disclose sexual assault crimes. But many students came forward across the country to say their claims were not properly investigated or the punishment was insufficient to nonexistent.

The bill also requires school officials who investigate sexual assault allegations to undergo “comprehensive, trauma-informed trainings” and that students who report a rape are offered counseling and mental and health care services.

“I think this is an important move in encouraging women’s rights,” said Kendall Anderson, 20, a Mills College student.

Brown signed the bill without comment Sunday evening. He also signed dozens of other bills over the weekend as the Tuesday deadline to act on legislation nears.

In a country where tradition holds that the accused is presumed innocent and the state bears the burden of proving guilt, critics say SB967 unfairly moves that onus to the accused on college campuses.

“This is a total denial of due process,” Professor Gordon Finley of Florida International University said after learning the bill was signed into law. “No California son should go to any California university because even in the most baseless allegation the man will be convicted. It’s a foregone conclusion under SB967.”