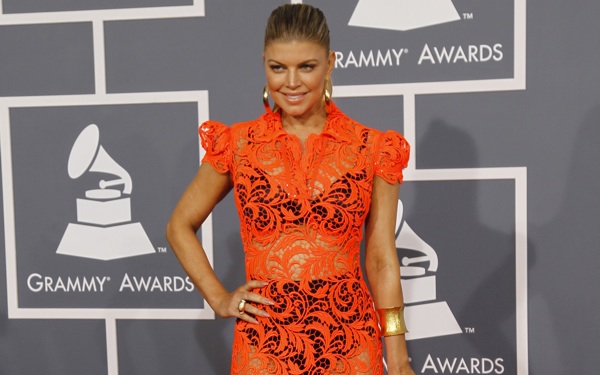 It's been quite some time since we've heard new solo music from Fergie--six years, actually (unless you want to count "A Little Party Never Killed Nobody" that appeared on 2013's The Great Gatsby soundtrack).

Thankfully, the G-L-A-M-O-R-O-U-S songstress is back with a new song, "L.A.LOVE(la la)," which aired on the radio today and is now available for download.

The eight-time Grammy Award-winning multi-platinum solo artist and The Black Eyed Peas vocalist co-wrote the song with producer DJ Mustard. The New York Post stated the song "picks up right where her debut album The Duchess left off, complete with breathy raps and instantly catchy chorus."

And that's true. Her "breathy raps" are even a little à la Iggy Azalea, but once that chorus arrives, we're reminded of how much we've missed Fergie's undeniable swag and raw vocals. She definitely has a catchy hit on her hands.