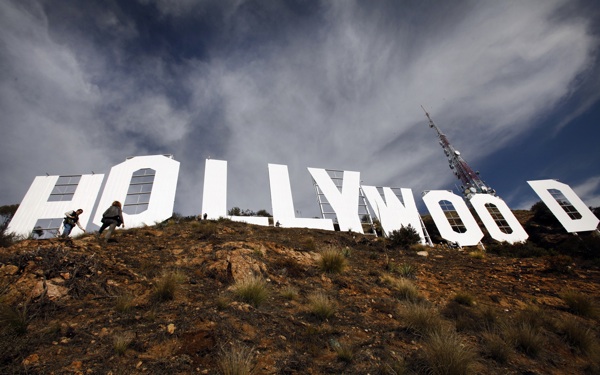 The lights, the fame, the glory—Hollywood, since its birth, has embedded a dream into the hearts and minds of millions of people around the world. The magic of the movies was cultivated on Los Angeles’ streets, and this enigmatic energy has drawn the masses here.

But now, we see the masses turning their backs, hearing a different coo that’s luring them away from the City of Angels. Is the magic leaving us? Do we dare follow where it now goes?

Within the past decade, various cities around North America have discovered a simple—and simply too obvious—way to drive the film industry onto their doorstep: more jobs and more money. While Los Angeles boasts the perfect-weather-everyday ploy and the vast number of resources available to the hundreds of thousands of filmmakers in the city, the crowded job market and the increasingly expensive cost of production has created an opportune moment for other states to ring the dinner bell.

“If California doesn't get it, then it's going to have to accept the fact that it's going to be second tier in the international marketplace for making films and TV shows,” said Paul Audley, president of FilmL.A. Inc., in a Los Angeles Times interview back in January.

In a nutshell, smaller cities like Atlanta, Vancouver and New Orleans have created immensely bountiful film cultures that have already caught the attention of many Hollywood folk. While many of us are over here ready to cut each other’s throats for a meager PA job, our better halves are flying to these foreign lands where workers are not only needed, but also desperately sought after.

To put it into perspective, Atlanta has only about 30,000 professionals working in the film industry, according to Georgia.org. Meanwhile, Southern California Public Radio reports Los Angeles parades an average of 119,000 as of 2012, a number that is steadily dwindling as the exodus becomes increasingly popular. In other words, the competition in these other cities is exponentially lower to the point where you can find the highest-profile gigs with a simple Google search.

What’s ironic, though, is that even with people detaching themselves from L.A., major advantages of these particular cities are their unique ties with the Hollywood industry. We may be moving away from Hollywood physically, but we still want to tap into its well of power and resources, from the insanely experienced workforce to the most high-tech equipment available.

Atlanta, for instance, brandishes the busiest airport on earth, according to the Airports Council International’s 2013 World Airport Traffic Report. So of course, this airport has an inordinate number of direct flights from L.A., allowing for quick and easy access for those resources still bound tightly to the West Coast.

But really, it may be New Orleans and Louisiana at large that can assert the most titillating piece of bait: the biggest tax incentive of them all.

While both Vancouver and Atlanta offer incentives that reach far and above L.A.’s, Louisiana’s 30 percent tax credit on production expenditures has already driven the state’s production flow to the top, only sitting behind New York and California—but for how long? The California Film Commission’s annual Progress Report found California lost more than $1 billion last year to these runaway productions, and unless moves are made, the loss will be much greater.

Luckily for us, the Golden State isn’t going to sit back and let one of its biggest industries simply walk out on it. A bill titled the California Film and Television Job Retention and Promotion Act of 2014 has just been signed by Governor Jerry Brown, officially tripling the current $100 million allocation of funds per year to $330 million.

“California is on the move and Hollywood is a very important part of that,” said Brown, according to Deadline.

This is a huge step for California in winning back its status as the hailing king of moviemaking, and filmmakers and legislators alike are thrilled about it.

Once the game-changing bill was signed, Senate President pro Tem-elect Kevin de León proclaimed, “This legislation will keep the cameras rolling in California and strengthen our position as the entertainment Capital of the world. We’re bringing Californians who are working away from their families in Georgia and Louisiana back to California where they belong,” reports Crown City News.

This statement alone alludes to how California perceives its film industry, with immense pride and maybe a little bit of gluttony. Seeing its citizens being lured to greener pastures has been an acute kick to Hollywood’s undergarments, but now we may finally have a light at the end of the tunnel. The pressure now falls not only on legislation pulling through with their promises, but also whether it is enough to sway this country’s filmmakers to come back home to Hollywood.