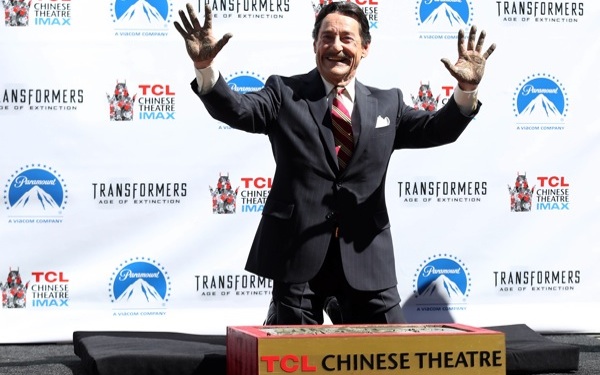 Tuesday afternoon (Sept. 30), fans gathered at the TCL Chinese Theatre in Hollywood to watch the biggest star in the universe, Optimus Prime, be immortalized during the world-famous handprint-footprint ceremony in celebration of the home entertainment debut of Transformers: Age of Extinction (Optimus also left tire treads along with his footprints).

Also joining him was the actual voice of Optimus Prime, Peter Cullen, who spoke about his inspiration for the valiant Autobot leader. Cullen has voiced Optimus for three decades and this afternoon, he placed his hands and signed his name in the fabled cement during the ceremony.

Transformers: Age of Extinction is now available on DVD and Blu-ray.

Check out the photos from the ceremony above!