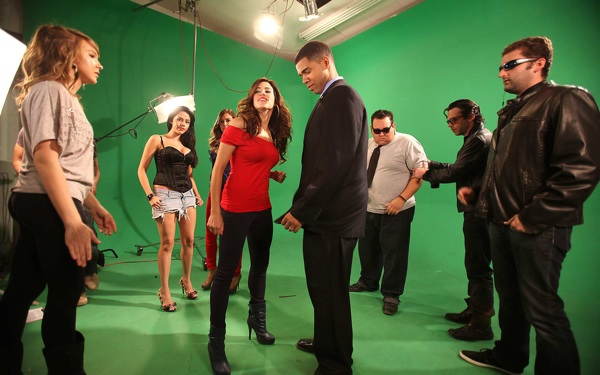 Back in 2009—when the infinities of YouTube seemed minute compared to how it has evolved today—a group of young content creators came together to form Maker Studios, a multi-channel network (MCN) that would seek to give the most successful YouTube stars a chance to build on their success and become something more.

Essentially, an MCN is an agency/production/management company that pairs rising YouTubers and their channels with commercial clients, other YouTube stars and a new array of audiences to expand their brand and reach new platforms of subscribers. Data analytics are another selling point so that users can easily manage and scrutinize their ebb and flow of viewers, seeing what content is deemed popular and what is not. In other words, MCNs are there for the people who have managed to create a substantial fan base, but who maybe don’t have the savvy of the business world to make a career out of it.

For Maker Studios, which is based in Culver City, their success has grown exponentially with YouTube and online markets exploding with eager users and with all the new ways of producing web content becoming available. Opening the means of creativity to the entire world has become somewhat of Pandora’s box, but Maker Studios has found a way to hone in on the madness to create something game changing.

And they know it.

Just visit their website, and you’ll be welcomed with the promise “THE FUTURE OF ENTERTAINMENT IS HERE.” Representing more than 55,000 creators and raking in more than 5.5 billion views per month, it’s no surprise that there are some bigwigs in the entertainment industry who want to get in on Maker’s success.

Earlier this year, the Walt Disney Co. decided to buy Maker Studios—which is now only a meager 5 years old—for at least $500 million with an additional $450 million performance bonus. A huge and risky investment for such a new means of production, Disney obviously smells something worth biting into. The much smaller Relativity Media is said to have topped that offer with $1.1 billion, but Maker was already set with the idea of Disney as boss.

And they aren’t the only Hollywood folk looking to cash in on the MCNs’ success. Both Warner Bros. and Dreamworks have invested $18 and $117 million respectively in much smaller MCNs, even ones that have been losing viewership.

So, here's the million-dollar question: What makes MCNs, especially Maker Studios, worth the buck and the risk?

Because sites like Netflix, Hulu and other online streaming venues have completely changed the way we watch TV and movies, Hollywood studios have to find a way to regain lost ground, stop denying the Internet's rising power and start tapping into what may soon be the most lucrative form of produced content.

What these studios are looking to reap are the young audiences that they’ve lost over the years to the more easily accessible interweb.

"[MCNs] tend to speak to a demographic that is increasingly spending less time on cable television and traditional media outlets," said George Strompolos, CEO of MCN Fullscreen, in an interview with Business Insider. "Companies like Fullscreen, Maker, and others in the space are incubating and developing content with those next-generation stars. These stars are a source of content and they're a source of ideas and talent. They have real star power."

Disney is following consumers to their new favorite device (the computer) and using mega YouTube stars that Maker Studios represents, like PewDiePie—the most viewed personality on YouTube with more than 30 million subscribers—they can promote their newest blockbuster or product in a whole new way. Thus, they can worry less about the performance at theaters or on cable. And much like the way MCNs appeal to YouTube creators for their data analytics, immediate data feedback appeals to studios.

Of course, there has to be something in it for the creators themselves besides just being a puppet for commercials. What the most serious YouTube creators are driving for is a way to make a career out of it, and lots of views aren’t as profitable as some might think.

It is much more lucrative for a creator to have one branded spot than one viral video with millions of hits. In an interview with Fast Company, "WhatsUpELLE's" Elle Walker explained, "It's really great money for your brand; however, you don't make as much money as you would think. For every million hits, maybe $1,500 to $2,000 when you look at it."

She continued, "So really, our core strategy is working with brands. For instance, we just did a deal with Kohler for its new Touchless Toilet kit [...] and it did really, really well."

So, you can imagine having a branding partnership with a Goliath such as Disney opens up an easier stream of income for these rising stars, not to mention the possibility to cross media platforms from computer to the big screen.

This latter point may not be in the cards immediately after the deals are being signed, but we can only imagine with the power these online stars have been rapidly gaining over the years, it isn’t too farfetched to see them being the next Hollywood stars.

And for Maker Studios, the deal is pretty sweet beyond the fat paycheck. Just like Maker knows how to work the Internet side of the business, Disney can teach them about Hollywood’s means of production and distribution, which will probably come in handy. The most famous characters and storylines of the past few generations will now be in Maker’s grasp to use and draw in more audiences than ever before.

"We can allow the Maker people to substantially improve the distribution and reach of shorter form video using these characters and stories and add their expertise on the production side,” Disney chairman and CEO Bob Iger explained to Variety.

While it’s hard to predict exactly how these mergers will affect both the Hollywood and YouTube industries, it is certainly important to start considering technology as an unstoppable force that can control how we form creativity. The term “classical” has all but vanished from how we view storytelling today. And as we look into the modern and the future, it seems that MCNS like Maker Studios are already there…just waiting.