Jesse Tyler Ferguson, Eric Stonestreet Crashed Frat After Party And it Was EPIC! 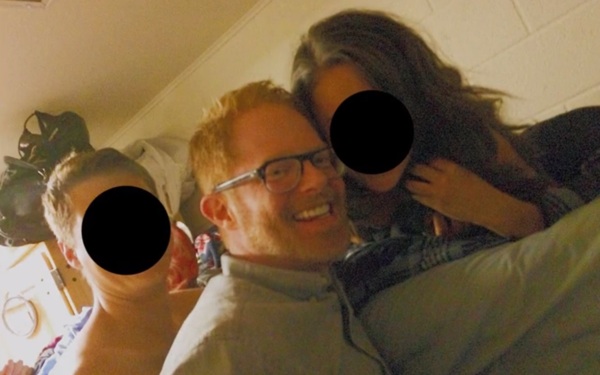 On TBS's "Conan," Ferguson explained what happened: "We spoke with some of the students. We did a talk-back with them, and then afterwards we went barhopping..."

At around 2:30 a.m., the two decided to go to Stonestreet's fraternity. Obviously, the fraternity members were thrown back when they answered their door and saw two mega comedians outside. And naturally, the fraternity had just finished throwing a huge party and "trashed" the house.

The two walked into the house, and Stonestreet suggested they go into his old room.

"So he just opens up the room that he used to live in," explained Ferguson, "and there was a man in there with his lady friend, and they were under the sheet doing naughty, naughty things..."

Watch the video above to see what happened after Ferguson and Stonestreet interrupted the booty call!