Lena Dunham Reveals She Was Raped During College 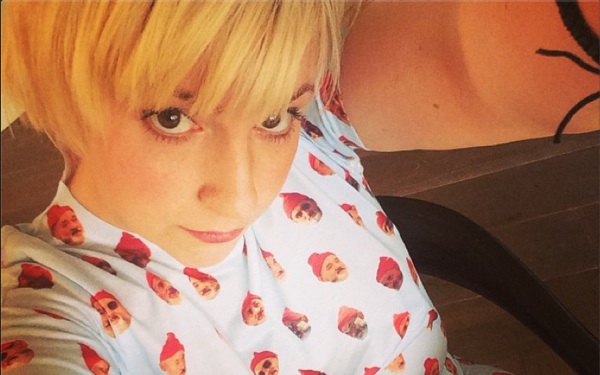 "Girls" star/creator Lena Dunham has a new memoir out called Not That Kind of Girl, and in it, she dropped a major bomb: she was raped while attending Oberlin College in Ohio.

In the chapter entitled "Girls & Jerks," Dunham writes about a sexual experience she had with a "mustachioed campus Republican" who sexually assaulted her -- only, at the time, she didn't know she was being raped.

The actress revealed she was drunk and high on Xanax and cocaine when the sexual assault happened. "I pull down my tights to pee, and he jams a few of his fingers inside me, like he’s trying to plug me up. I’m not sure whether I can’t stop it or I don’t want to," she writes.

Like many college girls who have been sexually assaulted, being intoxicated and inebriated can cause a hazy confusion: Is this really happening? Do I want to have sex with him? Is this my choice?

The truth is, when a girl is that intoxicated, she can't consent to sex. At California colleges, the passing of the new "Yes Means Yes" sexual assault bill now requires students engaging in sexual activity to first provide "affirmative consent."

Dunham didn't give her consent to this guy.

She writes: "'I think…? the condom’s…? In the tree?' I muttered feverishly.

'Oh,' he said, like he was as shocked as I was. He reached for it as if he was going to put it back on, but I was already up, stumbling towards my couch, which was the closest thing to a garment I could find. I told him he should probably go, chucking his hoodie and boots out the door with him. The next morning, I sat in a shallow bath for half an hour like someone in one of those coming-of-age movies.”

Dunham explained that it wasn't until years later, when she pitched this story in the "Girls" writer's room, that she realized what had happened to her was rape.

"Murray shakes his head. 'I just don’t see rape being funny in any situation.'

Hopefully, Dunham's story will resonate with women who have been in similar situations, giving them strength, comfort and courage.