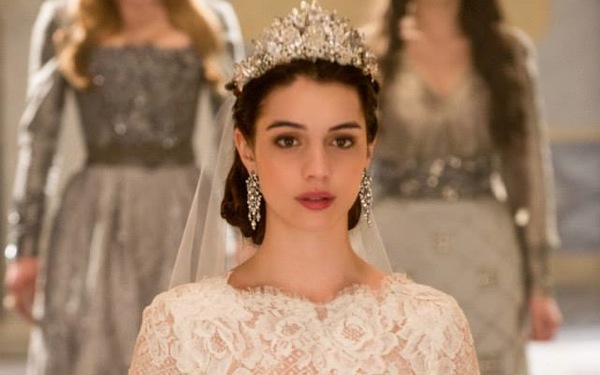 The complete first season of “Reign” is here in case you didn’t have a chance to catch up before its return on Thursday (Oct. 2). The DVD not only allows you to catch up or relive this beautifully crafted show about Mary Queen of Scots, but it also comes with deleted scenes, and two featurettes about the making of the show and how its creators recreated the 16th century.

This first season introduces us to Mary Queen of Scots, who obtained her throne only a week after her birth. At 6 years old, her marriage to Prince Francis, the prince of France (and also the son of Catherine de Medici and King Henry II) was already arranged. Of course, as was custom during that time, marriage was not based on love but rather a political strategy. In Mary’s case, its purpose was to keep Scotland safe, win the English throne and keep Scotland’s alliance to France.

Luckily for Mary (at least in the show), she does find love, but she soon learns nothing ever comes easy for a Queen, especially one that many want to see dead. Through its 22 episodes, "Reign" gives us a front row seat to matters of love, deceit, fatal prophecies and conspiracies that took place among royals in the 16th century.

The deleted scenes give fans a further glimpse into the dynamics of the various relationships between the characters of the show, such as Francis’ initial hesitation towards Mary and the bond betweem Mary and her Ladies (in waiting).

As for the featurettes, they each give a distinct look into how the show was made.

"In Reign: The Making of a Queen," we get to hear from the cast, producers and writers about how each actor was chosen for the roles and why they decided to put their own twist on that part in history. As someone who studied production in college, this was of particular interest to me since it discussed the decisions made to make the show come to life, from choosing the cast to the locations it was filmed at.

The other featurette is "The Authenticity of Reign: Recreating the 16th Century." If I had only one featurette to choose, I would choose this one. It discusses the locations and set design a bit further, but more importantly (at least to me or someone interested in fashion), it talks about how the wardrobe for each character was chosen. For example, for Mary, the wardrobe was predominantly in the colors black, white and silver as a way of showing power. Even better, one of the dresses Adelaide Kane (the actress who plays Mary) was given to wear was by Alexander McQueen. This featurettee also shares information on the set specifically created for the show.

While I do wish there were more featurettes, I also think that for the first season, this DVD provides enough so that viewers can focus on watching the actual episodes rather than feeling overwhelmed by too many bonuses.

“Reign:” The Complete First Season DVD is now out for sale, and you can catch the second seasons Thursdays, 9/8c on The CW.