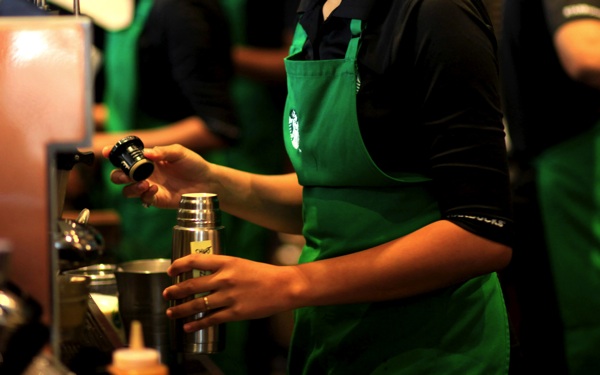 Starbucks says 2,000 of its staffers have applied to participate in the subsidized college education program it offers employees, and 1,800 have been admitted by Arizona State University, its partner in the program.

The first 1,000 or so will begin classes on Oct. 15, the company says. About two thirds of them will be juniors and seniors, and therefore eligible for full tuition reimbursement.

Starbucks unveiled the program in June, getting widespread praise for addressing the high cost of college education.

But the company also drew criticism as the initial public relations barrage glossed over the fact that both ASU and federal grants for low-income students would carry an important share of the program’s cost. At the time, a Starbucks spokesman said the university would cover 42 percent of the students’ $30,000 two-year tuition, and Starbucks would foot the remainder, after federal aid comes in.

It’s still unclear what the program is costing the company: Starbucks spokeswoman Laurel Harper said it is still “too early to tell,” as reimbursements take place once students complete 21 credits, which will take a while. But an early estimate puts the cost at tens of millions of dollars every year, Harper said.

From a bottom-line perspective, experts estimated that the program, which buttresses a relatively generous benefits package in comparison with most retailers, would help improve talent retention and customer service.

Harper said job applications have risen significantly since the program was announced, with about 8,000 applicants citing the college benefit as the reason for applying.

Nearly half of the students who will start in October are baristas, and slightly over a third are shift supervisors. But there are also assistant store managers and others holding higher positions in the program, the company said.

California, Washington, Arizona, Texas, Florida and Illinois are the states with the most applicants and enrolled students.

Staffers have applied to almost all of the 40 programs offered by ASU, but the most popular majors are psychology, organizational leadership, health sciences, mass communications and media studies, and English, Starbucks says.