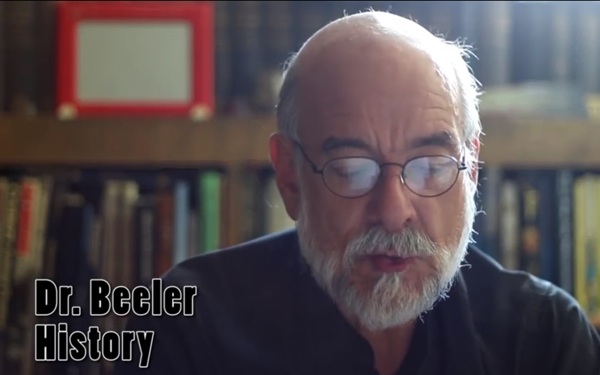 Jimmy Kimmel's "Celebrities Read Mean Tweets" segment is a viewer favorite for a reason: it's hilarious! But perhaps the only thing a tad bit funnier than celebs and professional athletes reading mean tweets out loud is watching your college professors read their bad reviews in front of a camera.

At the University of Alabama, professors read their own reviews from the website RateMyProfessors.com for the college's student newspaper, The Crimson White.

Here are some of the best (er, worst?) reviews:

"She's a miserable teacher, the worst I've ever had at Alabama," reads Dr. Bragg. "Stay away from her if you want to pass this class." However, this professor doesn't seem too bothered by the insult; she's more concerned about her chili peppers ranking, which rates how hot professors are. "I don't think I have any chili peppers. I don't know. Is this where you get chili peppers?"

Professor Cummings reads, "Through all of her hard work and corny jokes, Ms. Cummings just isn't able to assert herself." Cummings fires back, though, and says to the camera, "First of all, my jokes are not funny--they're wonderful."

Check out this other video of professors reading mean reviews!