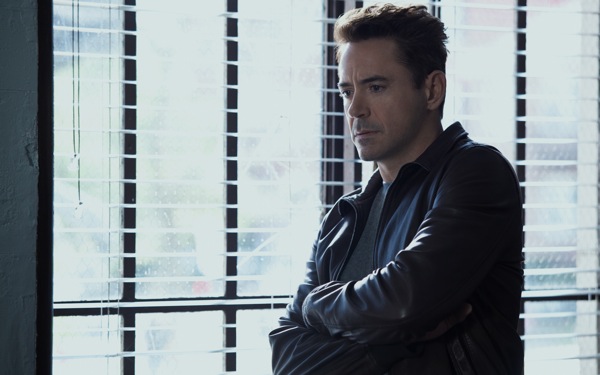 I’ve lived in Los Angeles for over a decade now, so even though I consider myself a card-carrying Angelino, part of me is still, and always will be, the boy who grew up in rural Ohio. When I go back home to visit, I sometimes still feel like that boy as the memories, both good and bad, come flooding back, filling me with the same emotions I felt growing up – and reminding me of both my successes and failures that I experienced along the way.

Apparently I’m not alone since this has been a popular theme in film since, well, the beginning of film. Some of my favorite movies—Beautiful Girls, Garden State and Young Adult—have explored this theme of leaving the city and returning to a small hometown, seeking redemption of some sort. The Judge is the latest movie to join the sub-genre.

“No matter how old we are, within five minutes of walking back into our childhood home, we are exactly who we were when we left there,” said director and producer of The Judge, David Dobkin. “We fall back into those routines; we’re subject to the same behavior and communication patterns of our youth, the same unspoken misunderstandings and unresolved issues, however great or small, which wind up driving us for the rest of our lives.”

“What I love about this story is the incredible sense of place, of going away from home and having to return to face all the things this guy had been avoiding for years, which all come flooding back at once,” said star Robert Downey Jr. “How failures and successes in life can be perceived so differently by people who are so alike, even if they can’t see it or admit it.”

In The Judge, slick Chicago lawyer Hank Palmer (Downey) is set to pluck his latest white-collar client from the State of Illinois’ prosecutorial clutches when he receives a message that his mother has just passed away. Hank has had no contact with his dad (Robert Duvall), and his mom is the one person in his family—in his entire hometown—with whom he had remained in touch with for the past 20 or so years. Her death is the only event that can draw him home.

What waits for him in idyllic Carlinville, Ind., however, is much more than a memorial service and far from a warm welcome. And before he can make his escape, Hank is called back to defend his own estranged father, the town’s venerable judge of 42 years, who suddenly finds himself on the wrong side of the bench.

“This was an opportunity for me to return to the classic acting of my roots, to see if I could still hit that place of deep emotional resonance like you do in the theater,” said Downey. “I’d never really played a part that had so much to do with salvation and redemption, and that was one of the greatest challenges and joys of playing Hank.”

He also added, “The minute [Hank] gets to Carlinville, he’s just looking for a trapdoor to fall through and wind up anywhere else but where he is.”

Though Downey doesn’t come right out and say it, the redemption his character seeks in The Judge must mirror his own life, and the “trapdoor” he refers to could seemingly describe himself or his character.

After his ‘80s heyday (the actor made a name for himself during this decade as part of the Brat Pack, appearing in movies with other Brat Pack members like The Pick-Up Artist with Molly Ringwald, Weird Science with Anthony Michael Hall and, in an eerie foreshadowing of his own life, Less Than Zero with Andrew McCarthy), Downey’s career floundered when he became a tabloid fixture for his well-documented turbulent personal life.

But, he then started working his way back up the Hollywood food chain. His perseverance paid off in 2008 with the one-two punch of Iron Man and Tropic Thunder. He received his second Oscar nomination for Tropic Thunder, 16 years after his first for Chaplin. Of course, his portrayal of Tony Stark/Iron Man sealed his redemption in Hollywood. It’s easy to forget that Iron Man was a big risk since, at the time, Iron Man didn’t have the same name recognition as Batman, Superman or Spider-Man. But obviously, Iron Man turned out to be a huge success, so much so that in 2014, Downey was named Forbes’ highest paid actor, earning over $20 million more than second place Dwayne “The Rock” Johnson.

Of his character in The Judge, Downey explained, “Hank is aware, on an intellectual level, that he’s unable to have an emotional truth. He’s stuck at a dead end in his life even though he’s at the top of what he set out to achieve.”

Again, that statement blurs the line between reality and fiction; it could describe Downey the character or Downey the person. Yet, it’s hard to believe the real-life Downey is stuck at a dead end. With some early Oscar buzz for his role in The Judge and next year’s release of the highly anticipated second installment of the Avengers movie, it looks like 2015 will be another year of salvation and redemption for the acclaimed star.