Kobe Bryant's Back on Court for Lakers in Exhibition Opener 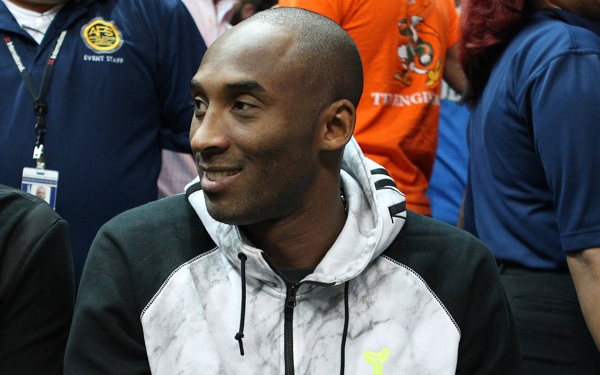 SAN DIEGO >> The return came amid a backdrop of noise usually only reserved for Lakers playoff games.

Under normal circumstances, this game meant nothing.

The Lakers’ 98-95 victory Monday against the Denver Nuggets at Valley View Casino Center represented the first of eight preseason games the team will use to sort out roster combinations.

Under Bryant’s circumstances, this game meant everything.

Bryant’s 13 points on 5-of-12 shooting, five assists and two rebounds in 21 minutes against Denver provided one of perhaps many rebuttals on anyone skeptical he could return successfully after an injured left knee kept him sidelined for the past 10 months.

“I felt like I could do anything I wanted,” Bryant said. “This is the healthiest I’ve been in a couple of years.”

So much that a spry Bryant chased a loose ball in the first quarter and nearly took out a Lakers fan.

“I was more worried about the fan sitting there,” Bryant said. “I didn’t want to run him over.”

To considerably less fanfare, Steve Nash posted 11 points on 4-of-8 shooting and five assists in 20 minutes in his first game since aggravating his hamstring on April 8, 2014. That marked one of many instances nerve irritation in his back and hamstrings kept him out last season for all but 15 games.

“It met my expectations,” Nash said. “I expect to get through it. I also know it’s something I can’t really control. All I can control is the work I put in to prepare, train and recover. Hopefully that’s enough.”

It sure was against Denver as Lakers coach Byron Scott stayed firm on his minutes with Bryant and Nash, neither of whom played in the fourth quarter. Before that, plenty of the focus centered on Bryant for obvious reasons. His presence even sparking a familiar “M-V-P” chant when he stepped to the free-throw line in the third quarter.

This marked his first appearance in an NBA game since injuring his left knee in Memphis on Dec. 17, 2013. The injury happened a mere six games into his initial recovery from a left Achilles tendon injury that entailed eight months of rehab. The injury sparked plenty of debate on whether Bryant could write the last chapter of a legacy that already entails five NBA championships and a fourth-place standing on the league’s scoring list. On Monday, Bryant provided an encouraging rebuttal.

“It looks like he’ll round into a pretty decent ball player here,” Nash deadpanned.

Bryant may not have offered much explosiveness. But Bryant hit plenty of step-back jumpers mostly in the post and along the elbows. He thrived in those areas mostly under Phil Jackson’s triangle offense and it appears Scott’s system will heavily feature Bryant in those same spots.

More importantly, both Scott and Bryant believe that strategy will conserve his energy.

“It keeps him fresher,” Scott said. “He’s not running all over the place. He’s not running from the hash mark all the way down to the baseline. He’s in a pretty nice confined area that he can really work. He feels that way as well. The one thing he said tonight is that he felt fantastic and didn’t feel tired.”

Bryant felt that way despite participating in Scott’s training camp that puts a heavy emphasis on running.

“We’re not close to being tired,” Bryant said. “We did so much conditioning that we felt we could run all day.”

The Lakers’ string of injuries from last season have carried over into training camp.

The Lakers estimate Nick Young will stay sidelined for eight weeks after having surgery Monday to treat a torn ligament in his right thumb. Lakers forward Wesley Johnson also suffered a patellar tendon strain in left knee against Denver after posting nine points on 4-of-6 shooting in 24 minutes. The Lakers plan to re-evaluate Johnson on Tuesday and will likely have limitations in practice, but both Johnson and Scott downplayed the injury.

“There’s nothing that can stop him from playing,” Scott said.

Still, the Lakers are already thin at small forward with injuries to Ryan Kelly (strained left hamstring) and Xavier Henry (back spasms).

“On offense, we’ll find a way to score,” Johnson said. “We’ll definitely miss Nick and hope he gets back. But our main thing is stopping people on defense.”