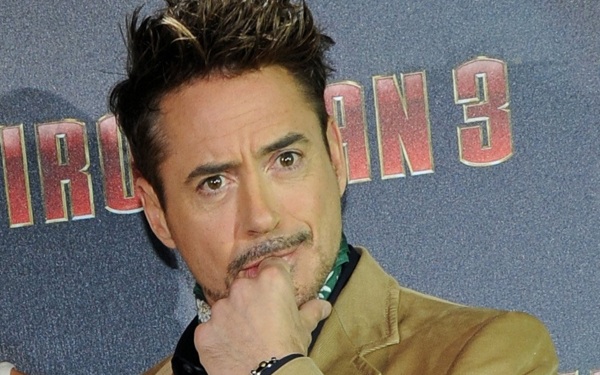 Tuesday night, while promoting his upcoming film The Judge (releasing Friday), Robert Downey Jr. stopped by "The Late Show with David Letterman" and revealed some surprising news: there are no plans or a script for Iron Man 4, and he won't be appearing in the movie.

After some prodding from Letterman about whether or not he was going to be in another Iron Man, Downey finally told the late-night host, "Just between us, no."

He continued, "But I'm going to do other stuff with Marvel. I'm still going to be involved with Marvel, and there's going to be plenty of fun stuff to happen."

However, as many blogs have reported, this sort of contradicts what Downey said in a previous interview on "The Ellen DeGeneres Show," which airs Thursday.

"Will there be a fourth Iron Man?" asked DeGeneres.

After explaining that they're in the middle of negotiations, Downey gave his confirmation by saying, "Okay, yes."

So naturally, people are kind of confused, and Iron Man fans are on an emotional rollercoaster.

But we do know one thing: Downey will be appearing in The Judge, and we can expect to see him as Iron Man in Avengers: Age of Ultron and in a third Avengers. Yay for silver linings.

Read our interview with Robert Downey Jr. from The Judge!