Superheroes on the Small Screen: Analyzing 'Gotham' and 'The Flash' 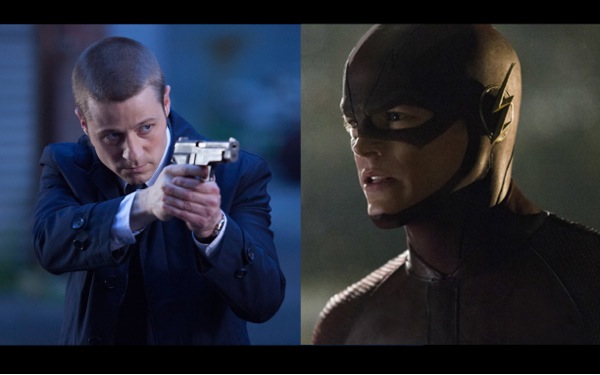 It should come as no surprise that the superhero genre is making a comeback on the small screen. There’s a long history of caped and masked vigilantes on TV, from the original “Batman” (late ‘60s) and “Wonder Woman” (‘70s) to “Smallville” (2000s) and "Arrow" (2000s). And with the insane financial success of superhero films over the last few years (The Amazing Spider-Man, Captain America, Avengers and Iron Man franchises), it was only a matter of time until networks attempted to translate the brand recognition of Batman and The Flash into new TV shows.

But, will these shows have the same success as their big-screen counterparts? Part of the appeal of recent superhero films is that they tell a complete story in two hours with incredible special effects and action sequences made possible by a huge budget (Guardians of the Galaxy’s was $170 million). Shows like “Gotham” and “The Flash,” though, are attempting to tell stories 14-20 hours longer (“Gotham’s” first season is slated to have 16 episodes, “The Flash” to have 22) and most likely with a fraction of the budget.

The side effects of this are apparent in the pilot episodes of each show. Although “Gotham” uses its larger canvas to its advantage, it appears that “The Flash” is trying and failing to make every episode embody the spectacle of a major summer blockbuster.

“Gotham” is a Batman origin story, but it’s not Batman’s origin story. Instead, the show serves as an introduction to young Detective James Gordon (Ben McKenzie), while providing the back stories of some of Batman’s most famous enemies and the corrupt city that birthed them. It’s an interesting take on an adaptation, as viewers know that Gordon and his cop buddies aren’t going to defeat the Penguin, Riddler and the numerous other villainous entities controlling Gotham. That’s Bruce Wayne’s gig, and he’s just a kid here. That basis allows “Gotham” to focus on building and untangling its web of deeply interesting bad guys instead of telling the same, predictable, overdone story of the superhero who saves the city and gets the girl.

If that’s what you’re looking for, “The Flash” has you covered. It’s not necessarily a bad show, but it’s predictable and laden with superhero tropes A to Z. The pilot introduces us to Barry Allen (Grant Gustin) who becomes The Flash after being struck by lightning. His defining character trait is that he can run really, really fast. And in fact, that’s the problem with “The Flash.” While it tells an entertaining, fast-paced story with giggles along the way, it struggles to characterize Allen or any of the show’s other characters. Each character seems to serve a one-note purpose, and—although we’re only one episode into the series—the viewer will probably never have a good reason to care about any of them.

At only two episodes, “Gotham” has already set the stage for several heavily characterized villains to go through a full arc during this first season. It’s a bold move. Spending time with Catwoman one week and mob boss Fish Mooney (played terrifically by Jada Pinkett-Smith) the next may turn some viewers off. However, I expect that most will be enthralled by the vast array of characters and appreciate the mystery of each hour, not knowing which villain will be the focus of the episode.

Judging from its pilot, “The Flash” won’t use its additional 20-or-so hours to introduce interesting characters. It’s relatively apparent that each episode is going to follow the same standard structure, recreating the feel of a superhero movie by including as many special effects, action sequences and “twists” as possible. This isn’t an inherently bad thing, but unfortunately, it’s just not executed perfectly here.

First of all, the special effects are not well done. I watched the pilot on my computer, and I can only imagine how obviously digitized the action sequences would’ve appeared had I been watching in HD. Furthermore, every would-be “twist” can be easily predicted, along with the ever-so-boring romance between Barry and his love interest. And finally, and most frustratingly, “The Flash” seems intent on telling a story we’ve all seen countless times before: the good guy defeats the bad guys with happy endings abound.

“Gotham” and “The Flash” represent the correct and incorrect ways of adapting superhero stories for television. The former is essentially bucking expectations, telling a character-based story set in a dark environment with no indications of an eventual happy ending or a sappy love story. The latter is (so far, at least) embracing expectations by telling an action-based story set in a world where everyone knows the hero is going to save the day.

All that being said, “The Flash” is almost definitely going to be a commercial hit. The series premiere Tuesday drew 4.5 million viewers, the most for a show on the CW in five years (since “The Vampire Diaries”).

The general public likes predictability – that’s part of why we love superhero stories so much. Whereas the real world can be dark and depressing, with bad things often happening to good people for no reason, superhero movies guarantee a happy ending, a victory for morality over darkness. Superhero shows like “The Flash” guarantee the same thing.

Still, that context is why I’m fascinated with “Gotham,” which drew 8 million viewers for its debut episode. I have no idea which direction this show is going, but I’m excited to take the journey down whichever dark pathway I’m led.