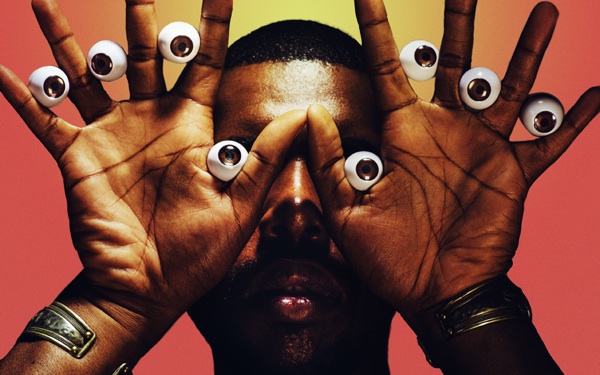 Two years after Until the Quiet Comes, Steven Ellison (aka Flying Lotus) delivers a new album titled You’re Dead! Releasing earlier this week on the producer’s birthday (Oct. 7), the record is far from a celebration of life. It is, instead, a celebration and an exploration of death and the afterlife. Using death as the central concept, Flying Lotus confronts its mysteries and envisions an alternate reality beyond the grave.

In the introduction, “Theme,” the music transitions the listener to the other side of life through a slow buildup of soothing sounds that culminates into quick jazz rhythms packed with horns and complex bass lines. “Theme” not only sets up the concept Flying Lotus had for You’re Dead!, but it also introduces one of the dominating genres of the album—jazz.

With the fast-paced, percussion-centric “Tesla,” and the avant-garde style of jazz demonstrated in “Cold Dead” and “Fkn Dead,” the album takes on a style that differs from Flying Lotus’s earlier music. By working and experimenting with old jazz and psychedelic rock, he creates a musical image and sense of life after death.

In “Never Catch Me” ft. Kendrick Lamar and “Dead Man’s Tetris” ft. Captain Murphy (his rap alter-ego) and Snoop Dogg, death is not just explored through the instruments and electronic tones, but the voices of the dead are brought in to offer their perspective. With Snoop Dogg’s and Captain Murphy’s voices over a low tonal beat, “Dead Man’s Tetris” takes a break from jazz and brings a little bit of rap and hip-hop into the experience. In “Turkey Dog Coma,” Flying Lotus channels a variety of styles and genres, combining them to create what he believes to be one of his most complex songs. Listeners can hear traces of his older cosmic and psychedelic sound from his earlier music mixed in with the album’s fixation with old jazz.

Transitioning with “Stirring,” the trip through the after-life makes a shift to the more spiritual aspect of the experience. In “Coronus, the Terminator,” the album suddenly becomes soulful, with its harmonious vocals and slow beats. Through the hypnotic echoes and sounds of Angel Deradoorian’s voice in “Sirens,” You're Dead! seems to explain the peaceful side of the afterlife.

The journey continues with “Turtles.” A collage of bongos, female vocals and bird calls, the song is definitely one of the album’s most notable. Other tracks that stand out are the soulful and smooth “Descent into Madness” ft. Thundercat and  “The Boys Who Died in their Sleep” ft. Flying Lotus’s eerie alter ego.

The listener’s journey through death finishes off with “The Protest." Ending with a chorus of the voices of the dead repeating the lyrics, “We will live forever,” the album closes at a point of transcendence.

Through You’re Dead!, Flying Lotus does a very complex and unique job of confronting the unknown and envisioning a reality of death that is comforting and worth waiting for. The album not only has great songs that could do well if played outside of the chronology of the track list, but it is a record that truly tells a story. There are never any boring or low moments in this voyage through the afterlife. Ultimately, Flying Lotus shows us that death is something not to fear.

You're Dead! is out now. Flying Lotus will be performing in Los Angeles at the Wiltern on Nov. 14, 2014.