Meghan Trainor's EW Interview: Was Beyoncé 'All About That Bass'? 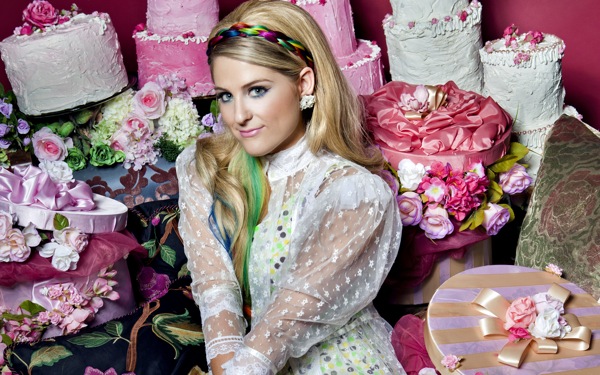 Who hasn't heard Meghan Trainor's hit song, "All About That Bass"? The music video has more than 130 million views on YouTube, and the pop singer reached the No. 1 spot on Billboard's Artist 100 chart earlier this month.

But if things had gone the way Trainor originally planned, who knows if she would've achieved all of this success early on with this hit single? In a recent interview with Entertainment Weekly, she revealed that one superstar diva could've bought "All About That Bass": Beyoncé!

"We pitched ['All About That Bass'] as songwriters, and no one wanted it," said Trainor. "The only one who liked it, I think, was a person on Beyoncé’s team. But it couldn’t work for her, because… obvious reasons."

When the interviewer asked why, Trainor laughed, "She's so teeny!" She also added, "And it was a different style than what [Beyoncé] was doing."

Also in the interview, Trainor talks about her views on feminism ("Of course I agree with women’s rights and women’s causes...But I’m just so young, and I don’t want to say the wrong thing. I’ll figure it out, though. Like Taylor Swift..."), when she first met Hilary Duff ("And I sang to her! I was like, This is what dreeeaaaams are made of") and her future husband, who isn't Justin Bieber ("He’s taken! I can’t compete with Selena").

Read the full interview at EW.com!