Loyola Marymount President to Resign After Five Years in Post 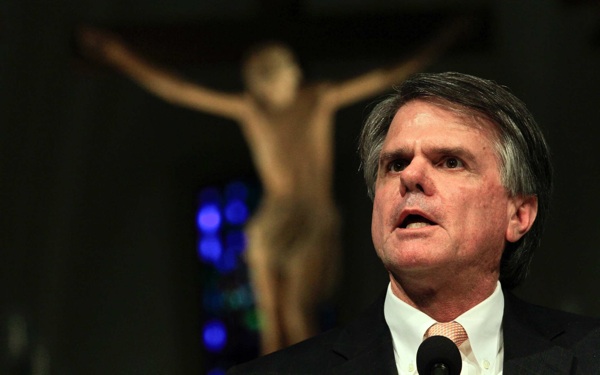 David W. Burcham, the first lay president of Loyola Marymount University, has announced that he will resign as head of the Jesuit campus in Los Angeles at the end of the school year in May.

Burcham, 63, became the university’s president in 2010. In an interview Monday, he said that he had decided not to accept a second five-year term in order to spend more time with his family.

"I decided it was a good time go out on a high note," said Burcham, who also served as university provost, law school dean and constitutional law professor over 24 years. "I thought that I’ve done a pretty good job at making sure the institution stays on the right track in terms of fiscal health, application pool and internal organization."

Among other things, Burcham said, he was most proud of overseeing construction of a science building scheduled to open in the spring and the raising of $52 million in donations for student financial aid.

Burcham, the son of a Presbyterian minister, attracted national attention when he was chosen to take over as president from Father Robert B. Lawton, a Jesuit.

Loyola Marymount enrolls about 9,400 students at its main Westchester campus and its law school near downtown Los Angeles.

Kathleen Aikenhead, chair of LMU’s Board of Trustees, said in a statement that the board had reluctantly accepted Burcham's decision to resign. She called him "an exceptional leader."

A search committee is being launched to find a successor by May, officials said. Burcham said he will take a year off and then decide whether to return to teaching at the law school or "go on to other opportunities."