Botso Documentary Tells Story of Man Behind the Music 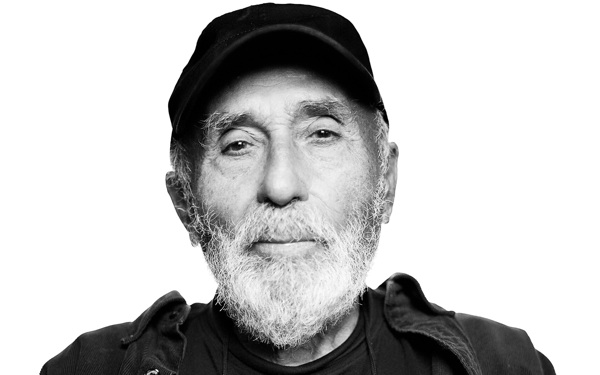 For Wachtang “Botso” Korisheli, being a world-class artist was the easy part. Staying alive was another matter.

Born and raised in the Republic of Georgia during some of the most horrific times our planet has seen, Botso became all too familiar with living under a reign of terror. He had to sit back and watch as his father, a renowned theater actor of his time, faced imprisonment and eventually execution under Joseph Stalin’s orders. With only a brief exchange from his father in prison, the last he would ever see or speak to him, Botso learned exactly how to live fully and beautifully.

First-time documentarian Tom Walters retraces the steps of a man who has no business being optimistic about his world and his place in it. We get to hear from the 92-year-old himself, as he relives his journey battling through World War II and miraculously ending up in the quiet oceanside town of Morro Bay, Calif., where he proceeded to teach music to some of the greatest musicians of our day. He inspired a will and determination in them to create splendor in spite of darkness.

This documentary is not about how amazing of an artist this man is; it’s about the elements that give his art so much spirit.  Through interviews with his previous music students such as Grammy Award-winning composer Kent Nagano and then-and-now interviews with current students over the years, we see Botso’s effect on the art world, which gets larger and richer every day.

It may not be the most memorable documentary in the wide scope of the genre, but Walters takes big leaps to make it as vibrant as possible. Straying from making too much of a storybook documentary, where Botso recounts his days chronologically from birth until the present day, Walters and his team makes a more episodic piece, tracing his art through various inspiring moments in both the past and present. For instance, we see the influences of his music separately from those of his work as a sculptor, and in doing so, Walters emphasizes the breadth of motivation that Botso carries.

We jump back and forth in time, from the darker days of Soviet rule to the brighter ones of the present. This alone keeps the documentary constantly fresh and intriguing throughout, rather than saturating the first act with heavier content and the third act with happy-go-luckiness.

Still boasting a thick Georgian accent, Botso doesn’t reject his heritage with feelings of hatred or regret. In fact, he feels an enormous nostalgia for the home that was so riddled by the hate of others. Probably the most affecting aspect of Walters’ Botso is watching Botso’s first return journey to his homeland ever since he fled from the shackles of being a prisoner of war. Not only does he immediately reconnect with the landscape and the people, but he finds that Georgians still remember and revere both him and his father as great artists of their time—another instance that proves the worth of creating, especially in the times of sweeping darkness.

Let’s not forget that this doc isn’t simply about the man, but it’s about the music. Being able to see the light he sparks in young children, as well as the depth of respect professional musicians around the world have for him, is quite simply unbelievable. If there was even a score, I couldn’t tell you. The brief moments of watching Botso with a 5-year-old and seeing something click at the ends of their fingertips is all the score we need.

Win a pair of run-of-engagement passes for Botso at Laemmle's Music Hall by clicking here!