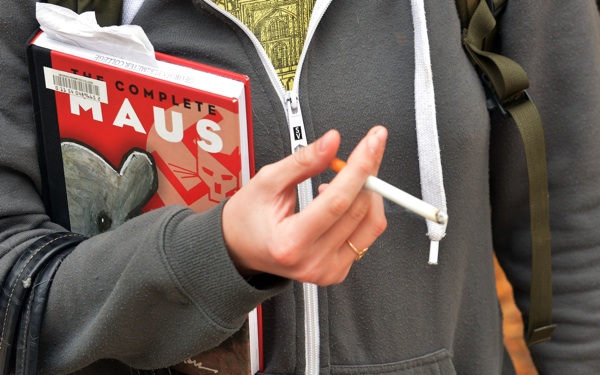 Some might assume that the Europeans are overall healthier than us Americans.  After all, we're just a bunch of fast-food addicted, lazy, automobile-dependent sloths who won't get off the couch during a fire alarm if an episode of "The Walking Dead" is on...right?

Okay, so that's probably way too harsh. And besides, according to recent research, U.S. college students are actually healthier than their United Kingdom counterparts.

The study found that U.S. students:

To explain the unequal amount of fruit and vegetable consumption, the study found that college dorm policies in the U.S. encourage healthy, balanced meal plans. In the U.K., students are often making their own, less-healthy meals.

In the U.S., there's also a huge focus on organized sports, especially college sports, which could explain why more American than British students are participating.

And regarding smoking cigarettes, many U.S. campuses have implemented anti-smoking policies; in the U.K., more than twice as many college students identified as smokers.

There you go, American students. Now, you can go back to watching "The Walking Dead" and eating that Ramen guilt-free.