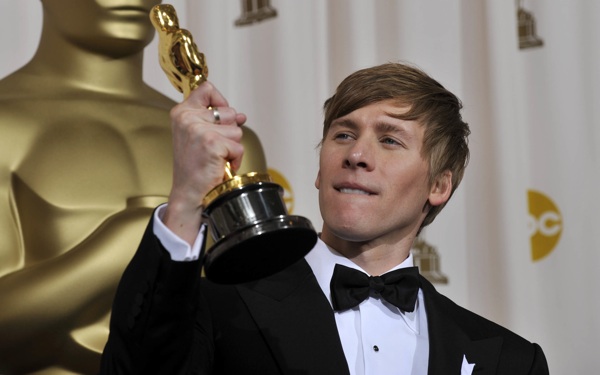 Pasadena City College leaders agreed to pay Oscar-winning screenwriter Dustin Lance Black nearly $26,000 not to sue the school after it rescinded an invitation for him to be the commencement speaker earlier this year, according to copy of the settlement agreement obtained by The Times.

A college trustee originally asked Black, who graduated from the school in 1994 and wrote the screenplay “Milk,”to address graduates during their May 9 graduation. But other college leaders later withdrew the invitation, saying they were concerned that images from a stolen sex video with Black that had been posted on the Internet could harm the school’s reputation, according the school’s student newspaper.

The recording was stolen from Black’s former boyfriend. Black won a $100,000 judgment against the person who sold the tape to websites.

In an open letter published in the student newspaper and elsewhere, Black hinted that he was considering legal action over the slight. Trustees later apologized for their actions and reinvited Black, who delivered the commencement address.

The day before Black’s speech, then-college President Mark W. Rocha signed an agreement to pay Black $26,050 to not pursue future legal claims. The college and Black also agreed not to extensively discuss the deal in public, according to the agreement.

Black also received a $3,000 honorarium for speaking, according to paperwork provided to trustees.

Black signed the agreement March 12, according to the documents obtained by The Times through a Public Records Act request.

Black, who won a screenwriting Oscar for the 2008 film “Milk,” has also written a play about the trial over California’s gay marriage ban called “8” and is a leading Hollywood LGBT activist.

It is unclear if trustees of the college voted to approve the deal. There was no mention of any potential payment to Black on board meeting agendas near the time of graduation.

Trustees either declined to comment or did not respond to inquiries from The Times. College administrators also would not answer questions. “The issue with Mr. Black has been resolved, and the district has no further comment at this time,” a spokesman said in a written statement.

Eduardo Cairo, president of the school’s Academic Senate, which represents faculty interests, said the payment was a “complete misuse of public funds.”

“We’re extremely disappointed to hear that has happened,” he said.

In the suit, Californians Aware claims that the board of trustees of the two-year college violated the Ralph M. Brown Act by not discussing and taking action on Rocha's retirement and severance package in public.

Relations between faculty and administration at the school have been rocky recently. Professors said that Rocha and other administrators ignored their input on important issues. Two visiting officials told staff and faculty at a meeting earlier this year that communication had to improve or the school’s reputation could start to suffer.