Op-Ed: Why Students Should Stay Single in College 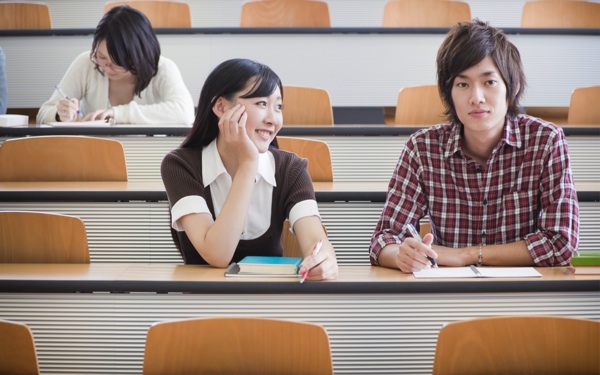 I’ve noticed that there is a cycle most people go through while in college. The first year or so, enthralled by their new environment and the immensity of the dating pool, most choose to play the field. An inviting culture of hooking-up is prevalent in every major American college, so it’s easy to see why many college freshmen, especially those who grew up in small towns, are excited by the seemingly endless possibilities of single life.

Eventually, however, the unpredictability and lack of intimacy involved with casual sex will lead to those students deciding that they would rather be in a committed relationship. This usually happens sometime during sophomore year, particularly for females – a single girl in her second year of college is rare (at least it is at USC, where I’m currently a senior).

But, that phase in the cycle doesn’t last. For every relationship that survives the middling years of college and extends through graduation, there are dozens that fizzle and remind those involved of the comforts of hooking-up. This realization brings the cycle full-circle, as most students revert back to single life to close out their college careers.

I’m here to tell you this: don’t bother going through this cycle. Just stay single in college.

The culture of hooking-up is far from perfect, but its flaws pale in comparison to the difficulties that can arise from attempting to develop a serious relationship as a college student. Settling down into a Facebook-official, boyfriend-girlfriend arrangement can be incredibly fulfilling. More likely, though, it turns into a headache.

I’ve been in two serious relationships during my time at USC, and they both started off great. The beginning of a relationship is almost always the best part—you get the intimacy before developing expectations, the connection of a new friendship before meeting each other’s demons and the refreshing comfort of having consistent sex with the same person before it becomes a toxic multi-purpose solution to every problem that arises in the relationship.

Don’t get me wrong—I’m not against relationships in general. The close connection that develops from a relationship is one of the most stabilizing and reassuring forces in the world, and the feeling of falling in love makes you feel like you can accomplish anything. But, searching for that type of stable relationship while in college, especially at a big university, is a waste of energy.

There are too many attractive single people around. It’s easy to remain emotionally faithful to your significant other during that honeymoon period, when it feels like you’re the only two people in the world that matter. However, as soon as problems arise, which they inevitably will, the masses of potential hook-up partners available become a backdrop for comparing your relationship.

Social media is a similarly infecting source of drama in a college relationship.

For most students, sadly, the only way to prove your worth and validate your own existence is to take pictures of yourself having fun, upload them to Facebook and Instagram, and get more likes than that slut Jenny/that douchebag John. The same logic applies to relationships: For it to be real, it needs to include everyone. You can’t fall in love in college without having someone take pictures of you kissing in front of a sunset. You can’t celebrate an anniversary without a commemorative Pic Stitch collage. It’s disgusting.

This is infecting because it makes the relationship an aspect of your persona. Social media has become a way for young people to put forth a representative – a secretary to handle their calls. It’s fake. And that fakeness will seep into a relationship without those involved even realizing it. Individuals start caring more about how others perceive their relationship than the relationship itself. It turns something private and intimate into a product for public consumption. By uploading it online for the world to see, thirsty for validation, couples are asking people to judge the their relationship status. And this inclusion of Facebook friends and Instagram followers in the evaluation of a relationship often causes couples to lose track of their priorities.

I know a girl who broke up with her boyfriend of two months because pictures of the two of them weren’t generating enough likes. This is the type of infecting, horrible sh*t I’m talking about here. It happens all the time. A relationship is no longer just between the individuals dating – there’s a never-ending third-wheel of judgment that encompasses everyone you know.

If you can find a good relationship in college, hold on to it, because it’s rare. A social media-dominated cesspool of attractive single people who are all hooking-up around you is not a healthy environment for building a relationship. It’s conducive to jealousy and disdain.

However, I will say this: Even bad relationships can serve a good purpose.

Though my initial suggestion was for you to remain single during your college tenure and have casual sex with as many people as you can during this time in your life where it’s socially acceptable to treat other humans like single-serving airplane snacks, I have a caveat. You should absolutely pursue a relationship if you are interested in someone and they’ve made it clear that they are, too, provided that you enter the relationship under the right circumstances.

Just understand that it’s probably not going to last. Recognize that the surrounding environment is toxic. And, use it as an opportunity to learn more about yourself.

While none of my college relationships have been ultimately successful, they each helped me figure out what I’m looking for in a partner. I learned about the potential stresses of commitment, the importance of finding someone who doesn’t care about social media and the problems with relying on someone else to make you happy.

A few nasty breakups are exactly what I needed to realize that I have to be happy with myself—by myself—in order to be happy with someone else in the long-term. And I’m glad to have had that realization, because soon I’ll be graduating and entering a completely different environment that (I hope) will be far more conducive to falling in love. 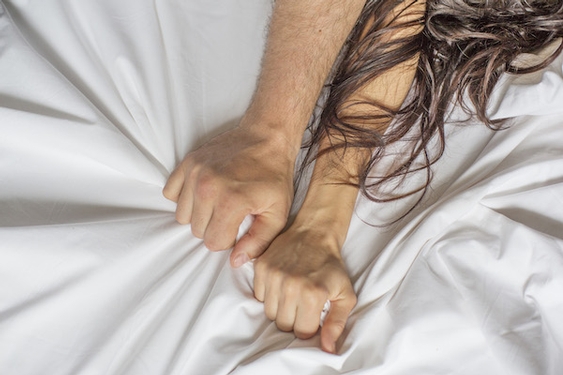 Sex & Relationships
What did 2020 mean for sex lives of Californians? See findings from comprehensive survey
655 views

Sex & Relationships
The strange reasons why millennials are having less sex than their parents
2,966 views

Sex & Relationships
5 ways to get closure — without talking to your ex
2,948 views

Sex & Relationships
Why you should go on a second date (even if there was no spark)
2,397 views