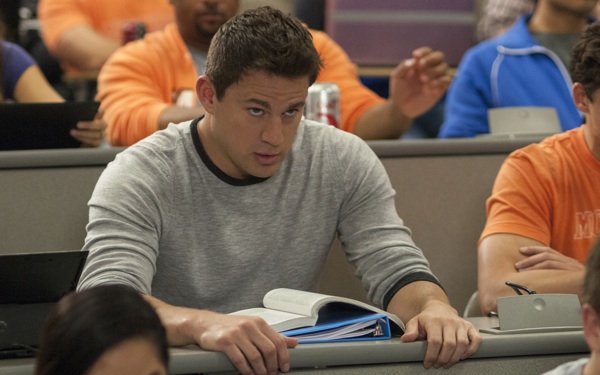 When news about a 23 Jump Street broke out, we immediately started brainstorming possible plot lines for the third movie in this hit franchise. Although we think our ideas that involved Jenko (Channing Tatum) and Schmidt (Jonah Hill) going undercover at medical school, law school and during a study abroad were genius, Tatum thinks otherwise.

"If we did a third one, it couldn’t be in [med school],” Tatum told USA Today. “I feel like that would be a cop-out.”

He continued, “College was the obvious next step for us. We had to go there. I don’t know what the next step is after college. Do we go and take down Enron? Or the government in D.C.? I feel like it’s all redundant. The big running joke of the second movie is this is just going to be bigger and (crappier) than the first time. I don’t know if that joke works three times so we’ll see.”

Well, dang. Guess we'll just have to wait and see what the three-quel has in store for fans.