Blake Griffin Essay on Donald Sterling: 'The Guy was Off His Rocker' 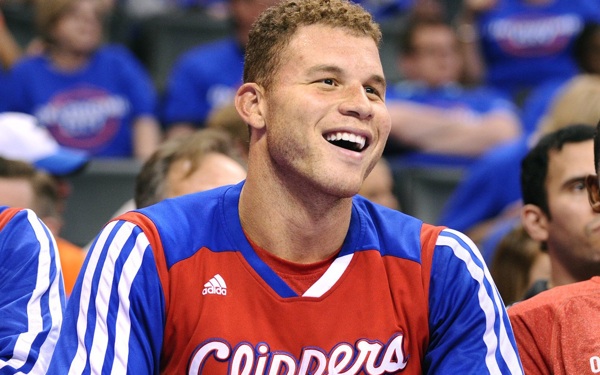 A few weeks ago, Derek Jeter unveiled The Players’ Tribune, a new website that will present ‘unfiltered’ stories from professional athletes. The most recent piece was published Thursday. It’s written by Clippers star Blake Griffin, it’s called “The Boss,” and it’s pretty amazing.

This summer, Donald Sterling was stripped of his ownership of the Clippers after audio was leaked in which Sterling could be heard saying that he didn’t want his girlfriend bringing black people to Clippers games. The Clippers players had been mostly tight-lipped on the situation since then.

Griffin’s essay is the most in-depth explanation of what was going on behind the scenes during those few weeks, when many were pushing him and his teammates to boycott the Clippers’ playoff games in protest of Sterling.

“My feeling, right or wrong, was that we should shut it all out and go out and play for our fans, our families, and for each other. For people to ever think we were playing for Donald Sterling is comical,” Griffin wrote.

He also detailed the reaction to Sterling’s interview with Anderson Cooper, where the disgraced former owner said, “Ask the players. My players love me!” Griffin was in the training room with Chris Paul when the interview came on TV. He wrote, “CP and I looked at one another from across the room and just tried our best not to laugh.”

Griffin also justifiably criticizes the media for their complacency regarding Sterling’s actions over the years, even after he openly heckled Baron Davis during a Clippers game: “The incident didn’t make SportsCenter. It didn’t even make the local papers. If you’re wondering how a known racist can own an NBA team without anyone batting an eye, first ask yourself how the owner of an NBA team can scream at his team’s best player in front of thousands of people and hundreds of cameras without anyone even caring.”

This all barely scratches the surface of Griffin’s essay, which further supplants him as one of the most interesting and thoughtful guys in sports today. You should go check out The Players’ Tribune and read the piece in full. Griffin expresses his feelings on new owner Steve Ballmer and the difficulties of playing for the Clippers over the years while knowing Sterling was a racist.

He also tells a hilariously uncomfortable story about the first time he met Sterling: “[He] had me by the hand. You know that thing elderly women do where they grab the top of your hand with just their fingers and lead you around? That’s what he was doing.”

Blake Griffin is the best.