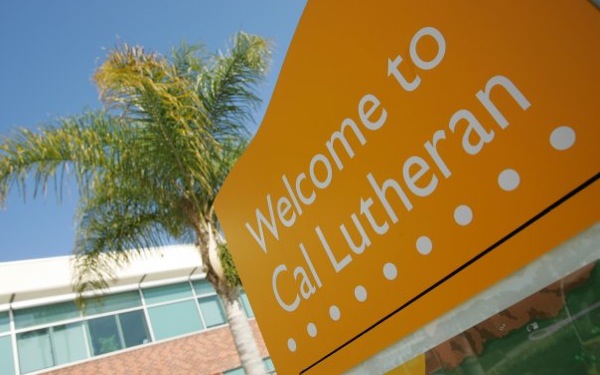 HOUSAND OAKS, Calif. - California Lutheran University is expanding its outreach to veterans, offering free tuition to any undergraduate or graduate student who qualifies.

The program is part of CLU's effort to build a diverse student body that reflects the world outside campus, said Matthew Ward, vice president for enrollment management and marketing. Tuition at the private Thousand Oaks university is $36,690 a year.

"We value the veteran community and their dependents," Ward said "It seems like a small thing we can do that benefits society as a whole."

Getting free tuition can make the difference between a veteran staying in school and dropping out, said David Castle, a Navy veteran who started at CLU in January.

"When you're looking at a private university, they're expensive," said Castle, 34, a senior majoring in global studies. "If I had to go to work on top of a full course load, this wouldn't be happening. I don't want to have debt."

To receive the free tuition, veterans must be using the Post-9/11 GI Bill, which covers up to $20,235 in tuition and fees for students attending private colleges. Universities can work with the Department of Veterans Affairs, under the Yellow Ribbon Program, to cover any gap in funding.

CLU is now covering half of the tuition not paid for under the GI Bill, and the VA is matching that amount. This year, 28 undergraduates and 19 graduate students are taking advantage of the program. CLU's projected total cost for the program this year is $177,502. Last year, it was $22,598.

It's one thing for universities to cover tuition and fees, but veterans say they often need more than that when they transition from the military to college. So CLU now has a veterans coordinator who can help veterans with financial aid, counseling, tutoring — pretty much anything they might need as they adjust to college.

Jenn Zimmerman, who served in the Navy from 2003 to 2007, took the job a year ago, when it was created. Zimmerman, 33, remembers her frustration when she came to CLU in 2013, trying to work with the registrar, financial aid office and Veterans Affairs to coordinate her funds and classes.

Now, vets have one person they can go to for help — a person who was a vet herself, Zimmerman said.

"The key is connecting vets and plugging them into the university," Zimmerman said. "They can trust that they're in good hands and that I can take care of them, whatever their needs."

For Chris Jackson, having Zimmerman at CLU made the often-confusing process of enrolling as a veteran go relatively smoothly.

"The fact that she was a vet herself, and she's gone through the process, made me feel more comfortable about coming here," said Jackson, a Coast Guard veteran earning his MBA.

CLU also has a Military Veterans Club, where veterans can connect with each other. Next fall, veterans will get their own space in the new student commons.

It's important for veterans to have a space where they can talk because their backgrounds are often different from other students', said Sara Bergeron, who served in the Navy.

"It's hard to find people to relate to who have similar experiences," said Bergeron, 24, a biology major. "Veterans need more than just ‘Here's your money, good luck.' It's such a transition from military to school."

"If you take someone who's come out of the military and give them a good education — that's going to be the ultimate citizen in society," he said. "They have a degree and work and life experience when they come out."