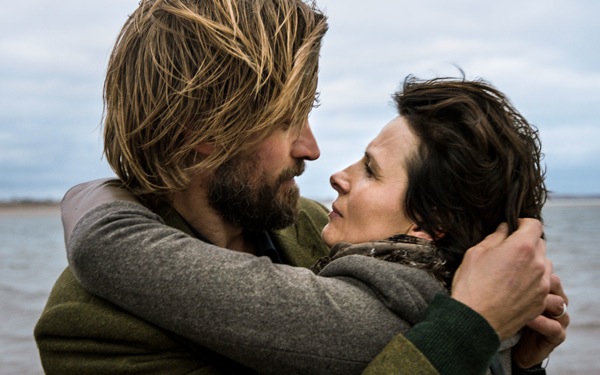 There are some of us who advertently put ourselves in danger, perhaps for the simple thrill of it or because of our false sense of immortality. For others, however, it’s an impulse that stems from a deep-rooted passion that lies within. For Rebecca, a world-renowned war photographer, she risks her life as she aims to expose the world’s atrocities in a way that we, the unknowing, will finally understand—if only her family could.

When Rebecca (Juliette Binoche, Chocolat) wakes up in the hospital after suffering wounds from a suicide bombing she was documenting in Kabul, Afghanistan, she sees the anxious exhaustion on her husband Marcus’ (Nikolaj Coster-Waldau, “Game of Thrones”) face. She realizes that she wasn’t the only casualty of the traumatic event. Marcus’ emotional distance is tangible, and as she returns to their Irish countryside villa where their two young daughters await her return, it’s clear the risks of her job have caused a severe shift in the relationships with her loved ones.

Despite the praise she receives from her editors and audience alike, it’s the strain on her family that causes her to finally put down her camera and focus on the people in front of her. Of course, forgetting passion doesn’t come easy, and Poppe displays that unease with an effortless appeal.

From the very beginning, as Rebecca intimately documents a group of women ceremoniously strap on a bomb to their friend, Poppe creates a world full of immense breath yet equal weight. Just as Rebecca’s photography holds content of brutality and tragedy, her aesthetic still beholds beauty and art. Poppe’s direction paired with John Christian Rosenlund’s perfectly weightless cinematography echoes this sense of simple synchronicity, making 1,000 Times Good Night an imperfectly impactful melodrama both in its storytelling and visuals.

Binoche as our torn mother is only the start of a seamless cast. As the figurehead for many of our modern day romances, Binoche gets to show a new complexity and perhaps a more feminist side. Her role as a mother is being put into question, and she is forced to decide between passion and family, between helping the world and helping her loved ones. It’s remarkable how the “damsel in distress” cliché can be turned on its head and then hammered into the ground.

And who better than to play the male damsel in this story than Coster-Waldau, who embraces earnest warmth for the role of husband and father, eagerly wanting his wife to stay safe and be there for their concerned daughters.

It’s at this point where we could get into a interesting chat about gender politics, debating whether or not it’s valid for a man to question his wife’s passion so she can come home to take on her role as mom when, for so long, it has been the norm for a wife to idly wait at home with the kids while the husband chases his career. Luckily, Poppe and his co-writer Harald Rosenløw-Eeg developed a more complex character in Rebecca. Her status as a good mother may be in question, and for good reason, but it’s going to take more than a dreamy husband and two kids to get her to stop pursuing a career and a passion that, although dangerous, is objectively good for the world at large.

With all that said, 1,000 Times Good Night does dive a little too deeply into the waters of melodrama and even naivety, particularly in Rebecca’s relationship with her teenage daughter Steph (Lauryn Canny), who she eventually takes to Kenya a bit prematurely after her bombing incident to try and reestablish a healthy relationship.

Still, with all the melodrama in tow, it’s in these moments that we see how blind Rebecca is to her passion. It’s not something to be controlled; it wholly controls her. And while her family may be left wanting, our world may be better for it.