Male Student's Argument Against Affirmative Consent: 'Women are Not Infantile' 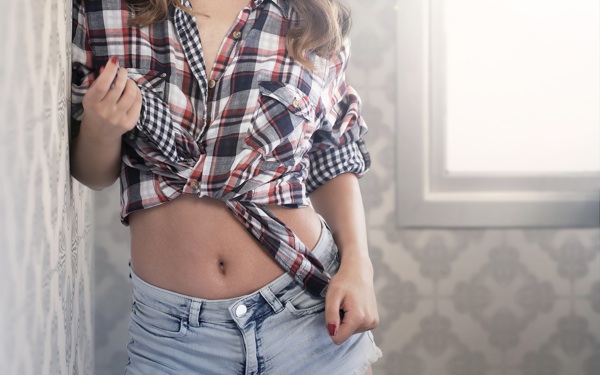 Can 'token resistance' be blamed for confusing a guy's perception of female consent?
(Credit: iStockphoto)

In a letter penned to and posted on The Atlantic, a male college student explains his view on affirmative consent in light of California's new sexual-assault law, which requires both parties to give verbal or written consent before engaging in sexual activity.

The student, who is anonymous, says he entered college believing he should receive verbal consent before hooking up with a girl. However, he abandoned that thought when he realized that's not what all women wanted.

[...] One of my first partners threw up her hands in disgust. “How am I supposed to get turned on when you keep asking for permission for everything like a little boy?” She said. “Just take me and f*ck me already.”

Apparently, this was a recurring theme for the guy:

We were kissing on her bed, outer layers of clothing removed, but when my hands wandered downward she said, “No, wait.” I waited. She began kissing me again, passionately, so again I moved to remove her underwear. “Stop,” she said, “this is too fast.” I stopped.

So, like a good gent, the student obeyed the girl's wishes and left, not wanting to push her any further. But strangely, the girl was pretty pissed at him after the non-sex.

Only many weeks later did I find out the truth from one of her close friends: “She really wanted you, but you didn’t make it happen. She was pretty upset that you didn’t really want her.”

"Why didn’t she just say so then, why did she say we were moving too fast?”

"Of course she said that, you dumbass. She didn’t want you to think she was a slut.”

After experiencing these "confusing" encounters and hooking up with a girl who did not give verbal consent, the male college student came to a final conclusion that many people would probably disagree with but others might agree with:

I have learned not to ask when it clearly isn’t necessary, or desired...

Women are not infantile. They can make their own decisions about sex, and that includes being able to say no-even if they don’t want to have to say yes.

And so, we have a debate and multiple issues to address:

-Is there validity in this student's argument?
-Was he experiencing "token resistance?"
-Does "token resistance" actually exist? And if it does, does acknowledging it breed grounds for sexual assault?
-Is slut-shaming a reason why some women are unable to voice what they really want during a sexual encounter?
-Is California's new law ruining the human sexual experience?
-And, will this new law be effective in preventing campus sexual assaults?

Obviously, there are those who support the new law, but you can't ignore those who have real, and arguably legitimate, concerns about it. It will be interesting to see what other letters and debates this student's opinion will spark.