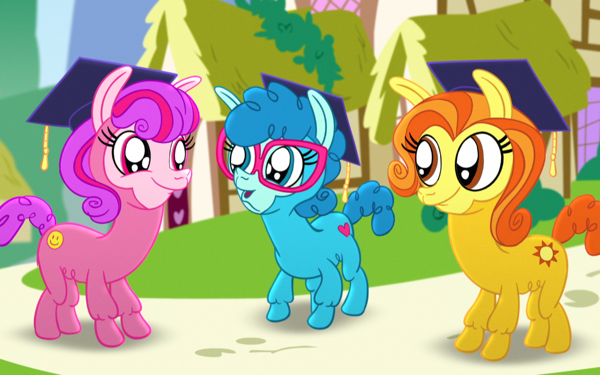 It’s not something that keeps us up at night, tossing and turning in bed. In fact, talking about the economy often does the opposite—it makes eyelids heavy, attention spans fade, and Econ 101 students fill their notebooks with drawings of cubes and zombies (sorry Professor Alvarez).

But Morgan Spurlock, the social-activist documentarian from 2004’s Super Size Me, seeks to sexy up the workings of the economy. Spurlock’s production company, Cinelan, has teamed up with Paul G. Allen’s Vulcan Productions to create We the Economy: 20 Short Films You Can’t Afford to Miss aimed at educating the American public.

Before the project’s release Tuesday, Oct. 21—entirely free via Vimeo, Netflix and a host of other online outlets—we caught up with a few of the cast members and directors in New York to get their take on giving the economy a makeover. The pastries were crisp and the coffee was hot, reprieve from an abnormally chilly October day.

“We are so dumb!” Spurlock added, his handlebar mustache widening to a dazed grin.

In order to educate, to raise pubic grasp on economic themes in a digestible format, the directors pulled from their bag of artistic storytelling devices. For Chris Henchy (writer on The Other Guys, The Campaign) and McKay’s film, the duo framed the two popular policies on GDP as a WWE wrestling match. Adam Davidson, host of NPR’s “Planet Money,” helped advise the otherwise economically blind directors. “People hear GDP, and they think about a very boring, stable thing,” said Davidson. “But to have a cartoon where wrestlers battle it out over welfare and economic issues, that was so fun.”

For a film about demystifying what happened during the 2008 recession, documentarian Lee Hirsch (Bully) casted a dance studio to narrate the economic tragedy through a performance of shadows. Hirsch found that the underlying factors that cause a recession are human emotions. “Fear and confidence—these are the ultimate characters in a recession,” he said.

“We’re scared to talk about the economy,” said Heidi Ewing (Jesus Camp, Freakonomics), wearing a blouse covered in dollar bills. “We think it’s going to be too boring but actually, the foundation of the economy is human drama. It’s sexy to talk about the economy.” Ewing’s short film deals with foreign aid. Apparently the average American spends more money every year on candy than funding distant allies. Sour Patch Kids trumps preventing global disaster…priorities, I guess.

All of the filmmakers were given $150,000 to make their film, but according to Spurlock, that money didn’t go to sipping champagne and driving Ferraris. “ROI [Return on Investment] was never the point,” he said. “The whole idea is to get a ROE, a Return on Education, which I think is so much more valuable.”

While the majority of the public finds economic discussion a bigger turnoff than bad breath, We the Economy is a much needed breath mint. And if anything, these short films will be like the Schoolhouse Rock! of Econ class, helping the poor Professor Alvarez’s of the world say “inflation” without half the class zonking out.