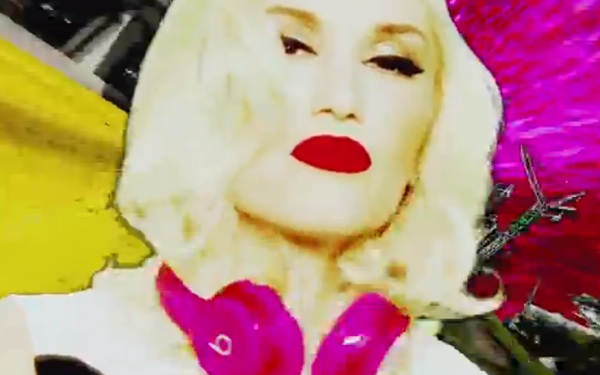 It's been awhile since we've heard new music from Gwen Stefani. Sure, in 2012 No Doubt graced us with Push and Shove, which debuted at No. 3 on the Billboard Top 200, but what happened to Stefani as a solo artist? Where is our "Rich Girl," our "Hollaback Girl"?

Although she's been busy being a coach on "The Voice" and managing her several fashion brands, the three-time Grammy Award-winner has been creating music as well, releasing the single 'Baby Don't Lie' on Monday and its music video Tuesday. The single is Stefani's first solo track in eight years.

In the video, Stefani is classically stunning as always, rocking her edgy mod/punk style with her red-painted lips, platinum blonde hair, high-waisted polka dot pants and shirt, and red shoes.

Although the track is totally indicative of Stefani's music and style, the video itself is quite trippy and lacks sense...but perhaps that's intentional. With colorful shapes, a lot of pink, yellow, black and white, and some backup dancers in the background, the music video feels as if you're on some sort of acid trip (not that we would know what that's like firsthand, of course).

After being swept up by a tornado and dropped off in this colorful world, Stefani lazily walks down a yellow road, singing: "Baby don’t, baby don’t/Baby don’t lie/I don’t wanna cry no longer." About a minute into the video, she's joined by three dancing shapes that oddly resemble a lion, scarecrow and tin man...are we recognizing a theme here? If you guessed The Wizard of Oz, so did we.

Stefani barely dances in the video. In fact, she doesn't do much of anything except walk. But honestly, she doesn't need to. The 45-year-old songstress, who happens to look better than many women half her age, commands your attention with her hypnotic, sultry gaze for the entire 3 minutes and 23 seconds.