UCLA Police Looking for This Man Who Showed Gun to Student 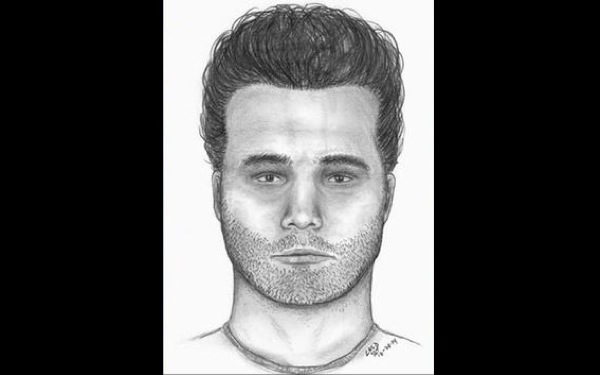 KABC reports UCLA police are on the hunt for a man who allegedly lifted his shirt and showed a handgun to a female student last week off (but near) campus.

Now that a sketch of the suspect (above) has been released, campus police are hoping it will lead them to the suspect, who was last seen running westbound toward Midvale Avenue.

The suspect is described as a 6-feet-tall Hispanic or Middle Eastern male with a stocky build, brown hair and facial stubble. He was wearing a white long-sleeve collared shirt, blue jeans and white basketball shoes.