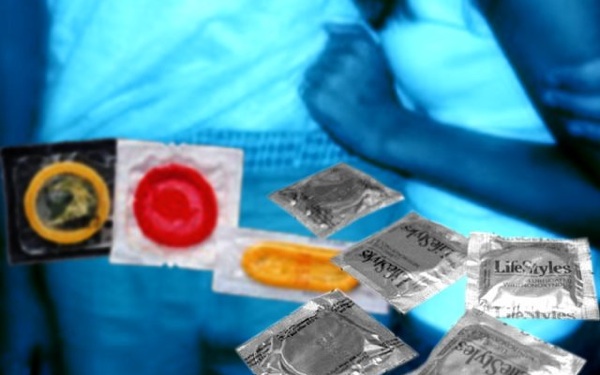 A new study from NYU has found that rates of unprotected intercourse during college more than double from freshman to senior year, reports The Huffington Post. According to the study, during their first year of college, women have casual sex without a condom 7 percent of the time, and men 6 percent. By the time they reach their senior year, those numbers jump to 16 and 15 percent respectively.

What causes the increase in casual sex without a condom? The study argues that it’s because many students develop a false sense of security in hooking up within their school’s pool of potential partners and that “their integration into the college social environment” encourages perceptions of trust and safety when engaging in casual sex.

But (for me, at least), that claim doesn’t really add up and isn’t supported by any empirical data. From my experience, spending time in college and seeing first-hand the amount of casual sex occurring actually reaffirms the need to use a condom during a hookup. Understanding that most people are having a lot of casual sex is the best motivation for using protection – you can’t trick yourself into thinking your partner is definitely clean when you’ve seen for yourself how common casual sex is.

I tend to think the rise in unprotected sex is because of another reason: The hookup culture has brought about a surge in exclusive hookup partners. Today, college students will often engage in relationships that are based on the desire to have consistent casual sex with the same person while knowing that person isn’t having sex with anyone else. It’s the safer way to hookup, and it avoids the potential headache of having a boyfriend or girlfriend while in college.

The increasing prevalence of these types of arrangements is likely a contributor to rates of unprotected hookups. Alternative birth control options and an element of trust (or even going to get tested together) allows college students to feel comfortable and safe while having casual sex without using condoms.