There's a New Film School in Town, and it has Ties to Relativity Studios 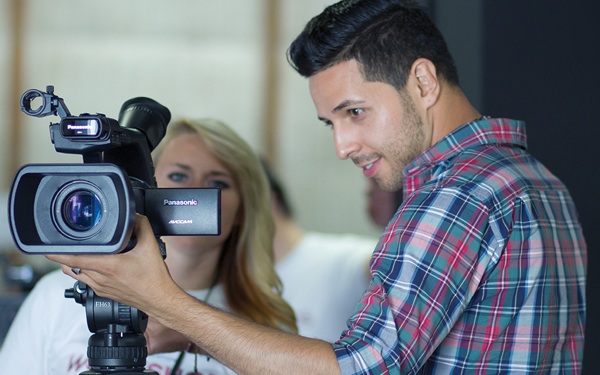 Los Angeles is not and never will be short on film schools. We have powerhouse schools USC and UCLA, which both boast competitive programs, and then we have the American Film Institute, Cal Arts, Los Angeles Film School and the International Academy of Film and Television.

But now, L.A. is claiming another film school, but this one has unique ties to an actual major Hollywood studio: Relativity Studios.

According to Variety, the four-year film school is called Relativity School and is a branch of the Philadelphia-based Hussain School of Art.  Located at LA Center Studios, the 20-acre campus is home to "Shameless" and  "The Mentalist," and offers BFAs in film and digital content, performing arts and media. The school welcomed its first class on Oct. 8.

"To train at an degree-granting institution on a studio lot in Los Angeles, in the heart of the entertainment industry, is a dream come true for aspiring artists and media entrepreneurs," the school's president, Glenn Kalison, told Variety.

Relativity School describes its approach as "holistic," and the school's most attractive quality is perhaps its internship and professional opportunities. After all, a school affiliated with Relativity Studios will surely have access to exclusive studio internships and possibly jobs, right?