Can Yik Yak Become a News Source? Its Creators Think So 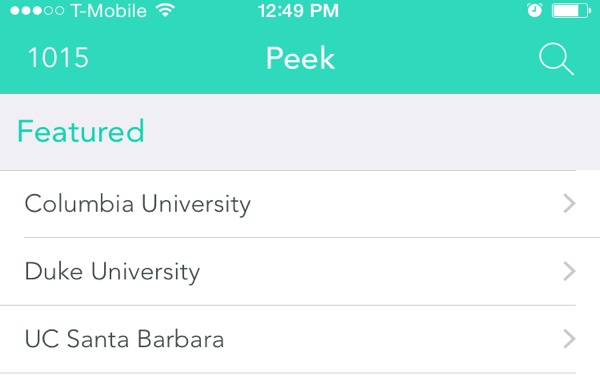 Yik Yaks 'peek' feature lets users view and save any location to their feed.
(Credit: Facebook)

Yik Yak is a new-ish social networking platform where users create short, anonymous posts that can be seen by anyone within a 1.5-mile radius. The posts, or “yaks,” in your area that receive the most upvotes go to the top of your page. It’s essentially a heavily localized version of Reddit, with some Twitter elements mixed in. Launched a year ago, the app has become very popular among college students in the last few months, and is now being used by students at more than 1,000 colleges.

The localization factor makes it a great tool for spreading information among densely clustered groups of people, like on a college campus. So far, though, the information spread has been mostly limited to sarcastic jokes, party information and complaints about classes. Yik Yak’s users view it more as a source of distraction than anything else. However, the app’s creators see the potential for something much greater: a news hub (via Forbes)

Currently, Twitter is the go-to social media source for breaking news and the examination of the immediate impact that news has on an area. But, it’s difficult to filter tweets by location, so when news breaks, commentary from people at the epicenter of the news event gets combined with tweets from random people around the world, including the endless Twitter trolls.

Yik Yak’s new “peek” feature allows users to see posts from anywhere on the map. So, it has the potential to become a source for gathering information in the immediacy following breaking news by seeing exactly what people there are saying and how many upvotes they are receiving. The second part is the crucial factor.

Through upvotes, the Yik Yak community has the ability to crowdsource the analysis of news commentary – yaks that accurately reflect the current situation will be upvoted for their legitimacy. That means no more wondering if some guy on Twitter is reporting the truth on breaking news just because he has a few thousand potentially non-human followers. This instead brings the dissemination of information directly to the people involved.