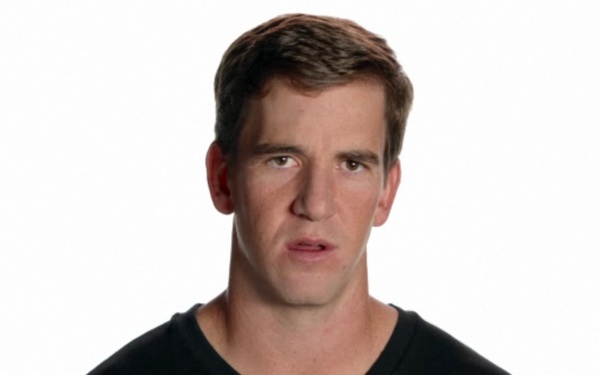 It was really only a matter of time before we started seeing videos like this one. After the Ray Rice domestic violence incident, and other arrests of NFL players for domestic violence allegations such as Ray McDonald, of course the league was going to put together a public service announcement video that denounces domestic violence.

"No more, 'Boys will be boys,'" says Eli Manning, quarterback for the New York Giants. Other football players--William Gay, Jason Witten, etc.-- also appear in the video PSAs, saying things like, "'No more, 'He just has a temper,'" and "'No more, 'It's just a women's issue.'"

The PSAs will premiere during "Thursday Night Football" this week on CBS and according to ESPN, nearly two dozen current and former players will appear in the series of PSAs.

The NFL has partnered with domestic violence and sexual assault organization No More along with the Joyful Heart Foundation, which was founded by Mariska Hargitay from "Law and Order: SVU."

Next month, the NFL is expected to announce a new domestic violence and sexual assault policy.