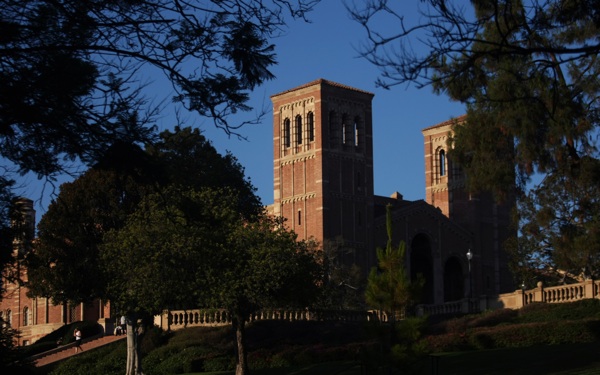 LOS ANGELES — The University of California is beginning to have second thoughts about its highly successful effort to bring more out-of-state students onto its campuses.

In a bid to boost revenue, the system five years ago began to aggressively recruit students from other parts of the country and from around the world. The significantly higher fees those students paid brought in about $400 million extra last year. But the effort stirred a backlash from California parents, who suspected that their children’s admissions chances were being hurt.

UC officials have taken great pains to argue that qualified California students were not losing slots to those from New York or China. But the complaints from parents and state legislators recently prompted UC President Janet Napolitano and other system leaders to consider putting limits on out-of-state enrollment.

Any such retrenchment faces its own set of complications.

In 2009, a year into the recession that badly hurt higher education funding, a commission on the future of the University of California recommended recruiting outside students whose tuition — triple what state residents pay — would help offset cuts in tax revenue.

UC administrators not only heeded that advice, but they far exceeded expectations.

An unprecedented 20 percent of this year’s freshman class across the system’s nine undergraduate campuses are from outside California, up from 6 percent in 2009. At UCLA and UC Berkeley, that enrollment figure is about 30 percent of freshmen.

University officials insist that the growth in nonresidents has been accomplished mainly by increasing sizes of the incoming freshman classes. And they note that top public universities in other states enroll much higher percentages of nonresidents than UC does. But families of top-tier California high schoolers turned away from their first-choice campuses have their doubts. As do state lawmakers.

At an August confirmation hearing for UC regents, state Sen. Jean Fuller (R-Bakersfield) was among those who pressed the issue. In a recent interview, Fuller said that although she appreciated the diversity that students from other states and nations bring to UC, the same goal might be more easily accomplished by boosting recruitment in the Central Valley.

UC must not forget that “the university’s job is to educate Californians first, the California taxpayers who pay for it,” Fuller said.

Amid mounting pressure, Napolitano recently said that the university would work to determine the optimum percentage for out-of-state enrollment and that the numbers at Berkeley and UCLA “may be at about as maximum as they can be.”

But as regent Monica Lozano emphasized during the hearing, “it may not be easy” to set any limits.

First of all, UC campuses have come to depend on the $23,000 that non-Californians pay on top of the standard $12,192 tuition. And no funds are on the horizon to replace that revenue, which administrators say accounts for about 6 percent of UC’s core educational budget and helps maintain classes and financial aid for Californians.

Then there is debate over whether percentage limits should be tabulated across the university system or on a campus-by-campus basis. A systemwide average might allow a higher number of out-of-staters at UCLA to be balanced by a smaller number at UC Riverside.

Or maybe campuses should be allotted different limits, recognizing the often-unspoken reality that students from Texas and India, for example, more often want to attend Berkeley than UC Merced. And what should those caps be?

That raises the sensitive question of whether UC is a system of equals or a chain with a few brighter stars. Tension erupted several years ago over a proposal to allow some campuses to charge higher tuition than others; the idea, which struck at the concept of unity, was quickly tabled.

Another wild card is the reaction from nonresidents. In an increasingly internationalized higher education market, UC wants to keep the welcome mat out and not scare them off.

When the University of Colorado at Boulder bumped up against that state’s 45 percent cap on nonresident freshmen three years ago, officials worked to get the law changed. Foreign students no longer count toward the freshman limit but are factored into a formula that restricts them to 12 percent of the entire student body — including master’s and doctoral students. The school now enrolls 47.5 percent of its freshmen from out of state.

Ken McConnellogue, the Colorado system’s vice president for communication, said the debate in that state and elsewhere raises complicated issues of money and campus life as universities seek to find “the right mix” of students.

Michael Reilly, executive director of the American Association of Collegiate Registrars and Admissions Officers, said the problem at UC is not so much the number of nonresidents students as the fact that “the change has been pretty rapid.”

He warned of a different possible unpleasant surprise if the numbers are reduced too much: To make up the difference, everyone’s tuition may have to be increased, whether they come from Los Angeles or St. Louis or Seoul.