Want a 'Vanilla Version' of 50 Shades? Then Read this 1D Fan Fiction 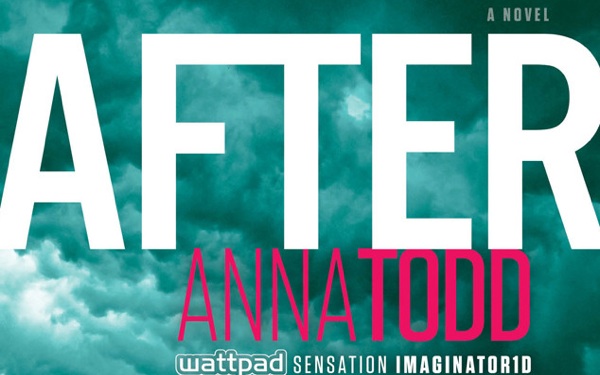 If you've ever read any of the Fifty Shades of Grey books, you know this book series is one hot and steamy, sometimes shocking, piece of literature that may not be suitable for all tastes. The sex scenes in this trilogy are sinfully yummy, like a three-scoop chocolate sundae with a cherry on top. And sprinkles. And whipped cream...

Anyways, if you're looking for something more vanilla, perhaps you should turn to this lovely piece of fan fiction, called After. Instead of Christian Grey, who draws comparisons to Robert Pattinson's character in Twilight, you're going to be drooling over Harry Styles.

Yep, this book is based on the boy band One Direction, and it has one billion reads online.

"There are definitely sex scenes. I mean, I was writing it for myself...There are adult scenes in the story," explained 25-year-old author Anna Todd in an interview with E!. "There is no S&M. They are regular sex scenes, but very detailed. It's the vanilla version of Fifty Shades of Grey!"

After is a coming-of-age story about a sheltered college girl named Tessa. When she meets Harry, a "brooding, grumpy, rude guy," she hates him—at first. That hatred doesn't last because Tessa is able to break down his walls, and together they go on a dramatic "back-and-forth-and-up-and-down" ride.

Vanilla? Whatever. It still sounds delicious. The book is available for purchase now, but there will be three additional books in the series.

And instead of just salivating over the pages, we might be visually seeing this story play out on the big screen! According to Deadline, Paramount Pictures bought the screen rights to After, and Adam Shankman and Jennifer Gibgo are on board to produce it.