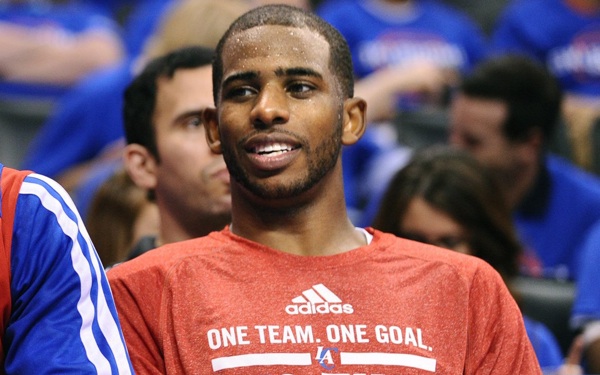 It looks like somebody wants to follow in Lebron James' footsteps—and we don't mean in basketball. Los Angeles Clippers player Chris Paul has decided to try his hand at developing a TV show by becoming an executive producer for an untitled ABC comedy.

Earlier this month, James' comedy "Survivor's Remorse" premiered on Starz, and we liked it! It seems a little autobiographical, but it's pretty entertaining and informative, especially since it deals with current affairs and gives African American TV characters a new voice. And now, Paul seems to be wanting to hit a slam dunk just like James with his new show.

EW confirmed ABC is working with Paul and his brother, CJ Paul, on a somewhat autobiographical show based on the NBA star's life growing up in North Carolina. Written by Warren Lieberstein ("The Office"), the comedy is about two brothers who work at their grandfather's service station. The brothers deal with their grandfather's old-school values as well as their mother's politically correct views.

It has also been reported that NBA star Baron Davis has made a scrip commitment to a half-hour comedy with Fox. This, too, will be based loosely on the basketball player's life.

And so, we have to ask: What's next? Baseball players developing studio albums?